2 teens fall to their deaths from 18th-floor hotel balcony 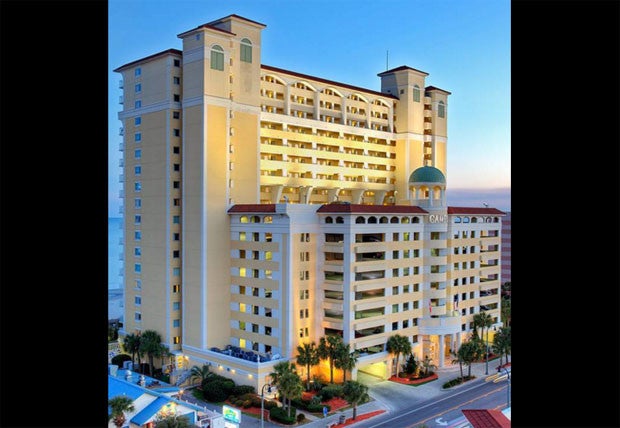 Two teeners reportedly fell to their deaths from the 18th floor of the Camelot By the Sea Hotel in Myrtle Beach, South Carolina. Police are still investigating. PHOTO SCREENGRAB FROM CAMELOT BY THE SEA FACEBOOK PAGE

Crosby says both teens were students at Myrtle Beach High School, which is on spring break this week.

He says authorities do not suspect foul play, but don’t know yet exactly what prompted the falls. CBB

Read Next
US threatens military response to Syria ‘chemical’ attack
EDITORS' PICK
Kai Sotto continues to inspire Filipinos by sharing his passions and stories with Smart Prepaid
1Sambayan to nominees: Stick to word of honor
EDITORIAL: Good news, bad news
Alex Eala wins Grand Slam on Independence Day: ‘I hope I made my contribution to the country’
Trust Robredo’s political instincts – Kaya Natin! convener
Ahead of ONE: Full Blast II, Mongkolpetch warns Elias Mahmoudi: ‘Watch out for my fists’
MOST READ
Duterte, Mayor Sara unlikely to run under same slate in 2022, says Lacson
PH to have cloudy, rainy Monday — Pagasa
1Sambayan to nominees: Stick to word of honor
China cautions G7: ‘small’ groups don’t rule the world
Don't miss out on the latest news and information.