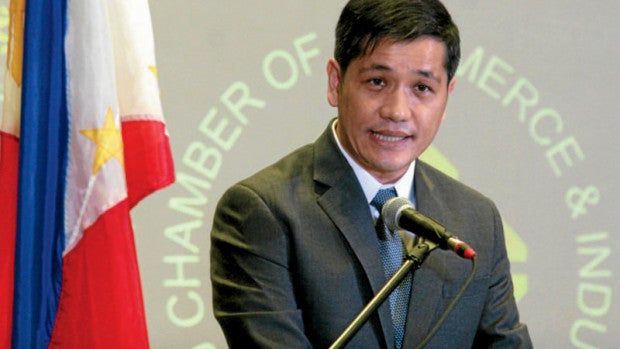 The National Bureau of Investigation (NBI) has filed at the Office of the Ombudsman a complaint against Energy Regulatory Commission (ERC) chief Jose Vicente B. Salazar and three others for allegedly entering into contracts for an infomercial project without public bidding in violation of the Anti-Graft and Corrupt Practices Act and the Government Procurement Reform Act.

Included in the complaint are Prescia Vanessa A. Reynante-Reynoso of the ERC Legal Service; Teofilo Arbalate Jr. officer in charge of the ERC Planning and Information Service; and Luis B. Morelos, owner of advertising firm FatFree Inc.

“Respectfully referring to your end for preliminary investigation are the results of the investigation conducted by the Anti-Graft Division of this Bureau,” the NBI’s letter to Ombudsman Conchita Carpio-Morales stated.

The NBI investigation showed that FatFree Inc. had been pre-selected to do the ERC’s audio-visual project despite the fact that it was not qualified to participate in the bidding. The NBI said one of the requirements was that the company that would handle the project would need at least 10 years relevant experience. FatFree, the NBI noted, was only incorporated in 2014.

“Apparently, the bidding for AVP project that was to be undertaken by the ERC-BAC (Bids and Awards Committee) was just to satisfy the requirements in paying the contract price to whom the contract will be awarded,” the NBI said.

Citing a series of meetings with the officials, the NBI said: “There is no question that prior and during the required bidding for the AVP project, FatFree Inc. was already pre-selected to undertake the said infomercial project.”

“The e-mail threads among the BAC members even showed that the latter were trying to justify the impending award of the contract to FatFree Inc.” the NBI said.

The NBI said several companies already signified their intent to join the bidding.

“But the ERC-BAC has to find a way to disqualify these bidders since FatFree Inc. was already the pre-determined contractor to implement the project,” the NBI said.

The AVP contract was not even included in the Procurement Plan for 2015 and 2016, the NBI added.

“Thus the funds to be used in procuring the AVP project will definitely come from other funds earmarked for other purposes,” the NBI said.

The NBI added that the disregard of the requirement of bidding and alternative mode of procurement was bolstered by the testimonies of BAC member Sharon Montañer and BAC Secretariat head Cherrylyn Gonzales. The two mentioned of the construction of the board room worth P384,849,75 without undergoing public bidding or other alternative modes of procurement contrary to the procurement law.

Villa was the chair of the ERC bidding committee, who took his own life on Nov. 9, 2016, due to alleged pressure from Salazar, the ERC chairman and chief executive officer.

In a series of suicide notes, Villa said Salazar wanted him to rig the biddings in favor of preferred companies, including contracts for procurements and the hiring of consultants.

Villa also named in his suicide notes Luis Morelos who he also alleged to have a part in the rigged selection system.

“My greatest fear in the bids and awards committee is the AVP by Luis Morelos which the chairman and CEO, Jose Vicente B. Salazar, chose through a rigged selection system. That will be a criminal act,” Villa wrote.

During an inquiry conducted at the House of Representatives, Salazar admitted that Morelos was a friend of his.

Duterte urged Salazar and other ERC officials to resign amid alleged rampant corruption in the commission and even called on Congress to dissolve or reorganize the ERC as the state power regulator.

Salazar sought an audience with the president to clarify the issue and vowed to take “appropriate actions that would protect the organization.”

But Salazar and other ERC officials refused to heed the president’s call for them to resign. /atm