DOJ to Alvarez: Agreements entered into by gov’t to comply with law 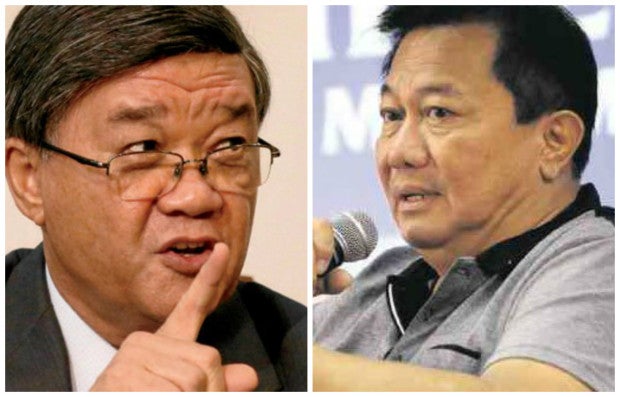 All agreements to be entered into by the government shall comply with all the requirements under the Constitution and existing laws, Justice Secretary Vitaliano Aguirre II assured in his letter to House Speaker Pantaleon Alvarez.

Alvarez, in his letter dated March 30 urged Aguirre to cancel the Joint Venture Agreement (JVA) between Tagum Agricultural Development Company (Tadeco) and the Bureau of Corrections (BuCor) for being “grossly disadvantageous” to the government.

The JVA was initially approved in 1979 and was extended for another 25 years which, according to Alvarez, was “contrary to law and public policy.”

Under the JVA between the BuCor and Tadeco, the company was allowed to extend the use of up to 5,308.36 hectares of the Dapecol for 25 years as a banana plantation. During which, the BuCor will receive profit shares of around P26.5 million every year.

“Rest assured that the Department is committed in ensuring that all subsequent agreements to be entered into by the government shall comply with all the requirements set forth by the Constitution and by the laws,” Aguirre said in his response to Alvarez.

“Thus, as regards this matter, we assure your office that our investigation will be transparent and its results shall be immediately conveyed to your office upon its completion,” the Justice Chief added.

Aguirre has created a committee to conduct a fact-finding probe on the allegations surrounding the JVA.

The committee has been tasked to determine alleged illegality of the agreement and the consequent disadvantages it brought to the government.

“Thereafter, a report shall be submitted indicating the appropriate measures and the proper legal remedies to be undertaken in order to protect the interest of the government,” said Aguirre. JE