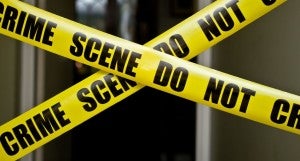 DAGUPAN CITY —  A woman and a jeepney driver were found dead under a bridge here on Monday (April 3).

The woman, who has not been identified as of this posting, was sighted by a security guard as he crossed the bridge spanning the Tambac River in Barangay Tarmbac here at 5:40 a.m., police said.

Police described the dead woman as slim, 153 centimeters tall, and having short hair. The woman was found wearing a black long-sleeved sweater. She also wore leggings, hand gloves and socks.

More than 10 hours later, the body of jeepney driver Roger Colby was found floating beneath the same bridge not far from where the dead woman’s remains were discovered.

Colby, a resident of Arzadon Compund, which is about 200 meters from the river, had a knife tucked in his waist.

Supt. Neil Miro, police chief, said the bodies did not bear wounds or any visible signs that would suggest how they died.  SFM