‘Sueno lost job over purchase of firetrucks from Austria’ 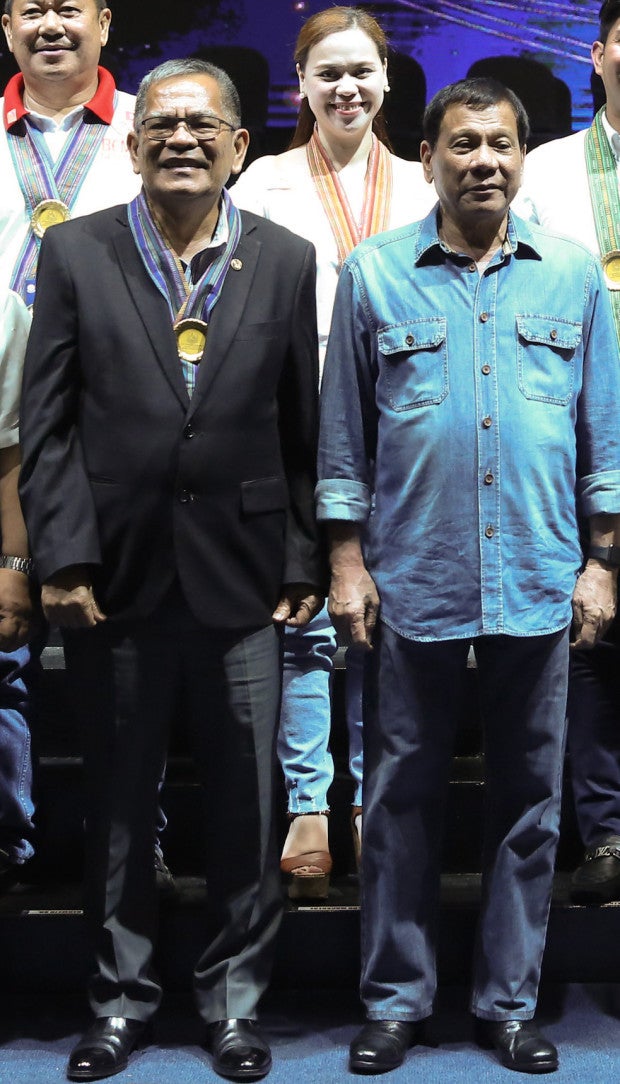 How things can change in a month: On March 8, 2017, President Rodrigo Roa Duterte and then Interior and Local Government Secretary Ismael Sueno (left, front row) were all smiles as they posed for a photo with the officers and members of the Philippine Councilors League (PCL) during the 10th PCL National Congress at the World Trade Center in Pasay City. Duterte fired Sueno on Apr. 3, 2017, citing loss of trust and confidence. (RICHARD MADELO/Presidential Photo)

According to DILG Undersecretary for Public Safety Jesus Hinlo, Sueno was sacked because of his involvement in the purchase of the firetrucks without public bidding.

“There is a pending case with the Supreme Court involving the firetrucks but Sueno still proceeded with the transaction,” he said in a phone interview on Tuesday.

“There should be due diligence, that’s the issue that I think weighed heavily on the decision of the President (Rodrigo Duterte),” he added.

Hinlo, a native of Negros Occidental, was one of the three DILG undersecretaries who called the attention of President Duterte to the alleged anomalies committed by Sueno.

Sueno and the three undersecretaries were members of the Mayor Rodrigo Roa Duterte-National Executive Coordinating Council Committee who campaigned for the then Davao City mayor in the 2016 presidential elections.

On Monday night, Duterte dismissed Sueno from the Cabinet, citing loss of trust and confidence.

“I trust the decision and wisdom of the President” in his decision to dismiss Sueno, said Hinlo.

Hinlo said he believed that the President’s decision was based on his own investigation and supporting evidence.

He said that Sueno’s dismissal should not affect the functions and operations of the department.

“We have no choice but to remain optimistic that the DILG will be able to perform its mandate both for the local government units and ensure that the interior side would be able to protect the people against criminality, fire and ensure the custody of the inmates,” Hinlo said.  SFM/rga