Duterte stand vs revolutionary tax a 180-degree turn from 2013 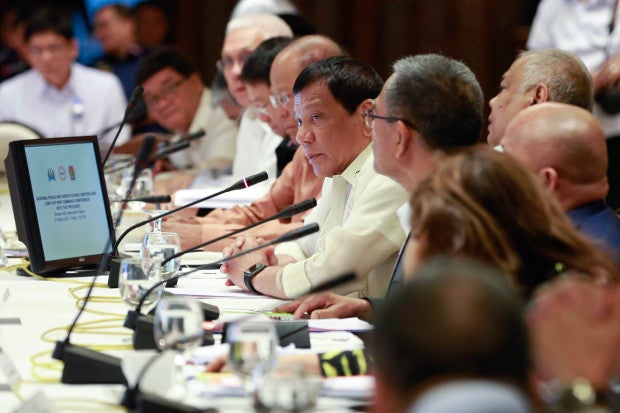 DAVAO CITY – More than three years ago, then Davao City Mayor Rodrigo Duterte had advised businessmen to give in to the New People’s Army’s demand for revolutionary tax.

In a speech before delegates of the Davao Trade Expo in October 2013, Duterte said he could not stop the NPA from collecting revolutionary tax.

“So factor that in your investments. If you pay to the BIR (Bureau of Internal Revenue), you prepare also for the NPA,” he told members of the agri-business sector.

But on Sunday, President Duterte demanded an end to revolutionary taxation by the NPA, the armed wing of the Communist Party of the Philippines, as one of his four conditions for the resumption of the peace talks with the National Democratic Front of the Philippines, the political and negotiating arm of the CPP.

Duterte set the four conditions as the Philippine government and the NDFP panels met in The Hague, Netherlands, on Sunday for the fourth round of talks but the formal opening was delayed by a day due to unresolved issues.

“There must be no extortion or revolutionary tax,” Duterte insisted.

Duterte also set as condition the signing of a bilateral ceasefire before the resumption of talks.

He said the communists should also not claim any piece of territory anywhere in the country and that the NPA should release all prisoners in its custody.

Mr. Duterte, however, revealed his conditions during a press briefing after he visited wounded soldiers in Cagayan de Oro City on Sunday afternoon.  SFM/rga

Read Next
Italy could allow 3 days of paid menstrual leave for female workers
EDITORS' PICK
Malls adjust ‘NCR Plus’ operating hours for April 12-30 MECQ
Metro Manila to have shortened curfew hours from 8 p.m. to 5 a.m. under MECQ
Pre-order the new vivo Y20s [G] to get a free TWS earphone
Pru Life UK receives four golden arrows for solid corporate governance
‘NCR Plus’ to be under MECQ starting April 12 until April 30 — Palace
Speed up your game with the new vivo Y20s [G]
MOST READ
Stop ‘creeping occupation’ of ‘militia’ boats in WPS, Pacquiao asks China
Bea Alonzo clarifies status of her relationship with Dominic Roque
Convicted former aide of Sen. Bong Revilla dies — BuCor
Locsin to China: ‘Then move out’
Don't miss out on the latest news and information.