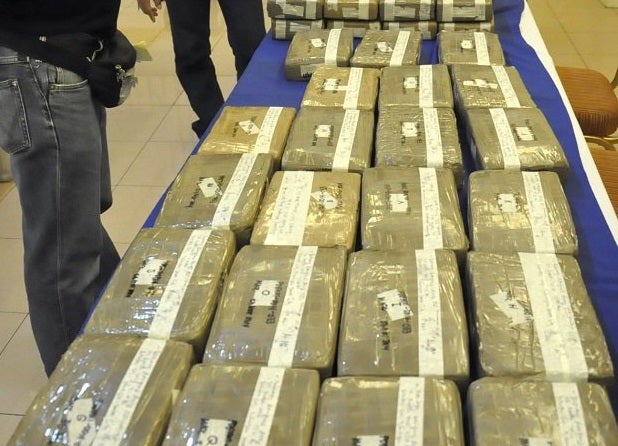 Drug enforcement agents present a cocaine haul siezed in the Philippines in this file photo. In Colombia, anti-narcotics authorities intercepted 6.1 tons of cocaine about to be shipped to Europe. INQUIRER FILE / JULIE M. AURELIO

BOGOTA, Colombia — Colombian authorities seized 6.1 tons of cocaine in the northern port city of Barranquilla as it was about to be shipped to Spain in a cargo of scrap metal, the government said Sunday.

The seizure Friday night was the third largest in Colombian history and had a street value of 200 million euros (213 million dollars), officials said.

Anti-narcotics agents found the cocaine in a container loaded with scrap iron and steel destined for the Spanish port of Algeciras. CBB