Duterte sets 4 conditions for resumption of talks with communists 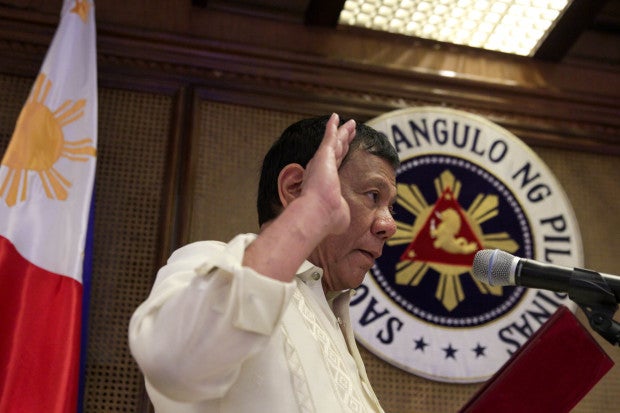 DAVAO CITY – President Duterte wants a signed ceasefire as one of four conditions for the resumption of the peace talks with the communist National Democratic Front of the Philippines.

Duterte, in a press briefing in Cagayan de Oro City in Sunday afternoon, said the four were his “barest conditionalities” for the resumption of talks.

He said one would be a “signed official document.”  He then said: “There should be a ceasefire.”

“There must be no extortion or revolutionary tax,” he said.

He said the communist movement should also not claim any territory anywhere in the country.

“That’s crazy,” he said of the movement complaining about government forces encroaching into rebel lairs.

For his fourth condition, he asked the rebel group to release all prisoners.

The fourth round of talks between the Philippine government and the National Democratic Front of the Philippines was supposed to start Sunday morning in The Netherlands, but was delayed for still unknown reasons.