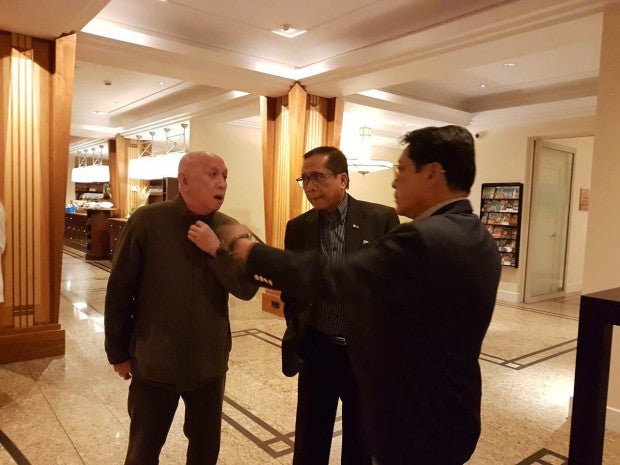 DAVAO CITY – The fourth round of talks between the Philippine government and the National Democratic Front of the Philippines has not yet started, but it is already showing signs of becoming the most challenging.

The opening ceremony of the fourth round of talks should have started on Sunday morning The Netherlands time but it was delayed by several unresolved issues.

Sources said that both panels would meet before lunch to set the agenda and schedule for this round of talks.

If the panels would agree on the schedule and outline of agenda, the opening ceremony would proceed in the afternoon.

This round of talks would be the first under the administration of Duterte where no ceasefire is in place following the withdrawal of the indefinite unilateral ceasefire declarations earlier this year.

After the withdrawal of ceasefire declarations, numerous armed hostilities have been reported, leaving many combatants and civilians either dead or wounded.

The government decided not to reinstate its ceasefire, which prompted the NPA to do the same.

The fourth round of talks is scheduled to start on April 2 and end on April 6 in a hotel in Noordwijk in The Netherlands.

At the top of the agenda in this round of talks is the crafting of the Comprehensive Agreement on Social and Economic Reforms, which is expected to address the underlying causes of the conflict.

The two parties will also discuss details for the Comprehensive Agreement on Political and Constitutional Reforms, including the campaign promise of Duterte for a shift to a federal system.

The conflict between the CPP and the government has stretched for at least 47 years and is now known as one of the longest Maoist movements in Asia.  SFM