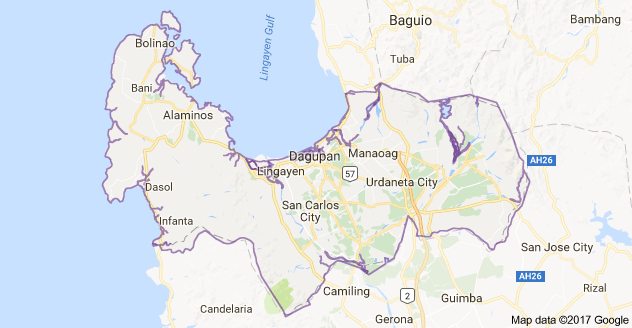 Acting Executive Secretary Menardo Guevarra signed Proclamation No. 179, which states that it was “fitting and proper that the people of the province of Pangasinan be given full opportunity to celebrate and participate in the occasion with appropriate ceremonies.”

Dagupan City, while a chartered city, is included in the proclamation being an integral part of Pangasinan, by virtue of Republic Act No. 170.

This year’s celebration includes a “Misa na Pasasalamat (Thanksgiving Mass)” at the Sison Auditorium that will be followed by a commemorative program and awarding of winners in the “Kurit Panlunggaring” (Pangasinan Literary Contest).

On the same day, a grand cultural parade or street dancing competition called “Parada na Luyag 2017” will be staged from Narciso Ramos Sports and Civic Center to Capitol Plaza in Lingayen town.

Pangasinenses and other visitors can also enjoy the “Konsyerto ed Kapitolyo” (Concert at the Capitol) with Draybers Band and its popular lead singer Mitoy Yonting, together with some local artists in the evening of April 5.  SFM/rga

Read Next
Britain attempts to burst the fake news bubble
EDITORS' PICK
Geek out at TOYCON 2022 powered by Smart Signature
UK’s Boris Johnson will resign, BBC reports
High inflation: Your P1 is now worth only 87 centavos
High-risk pregnancy: Reducing your risk is in your hands
Unemployment rate up to 6% in May
House energy committee chair Arroyo bats for cheap electricity
MOST READ
Suspect in grisly killing of missing woman in Bulacan arrested
Kim Atienza’s daughter flaunts bikini body in response to critics of her ‘revealing photos’
Cop slain in Isabela ambush
FDA probes popular Filipino noodle brand for ‘high level of ethylene oxide’
Don't miss out on the latest news and information.