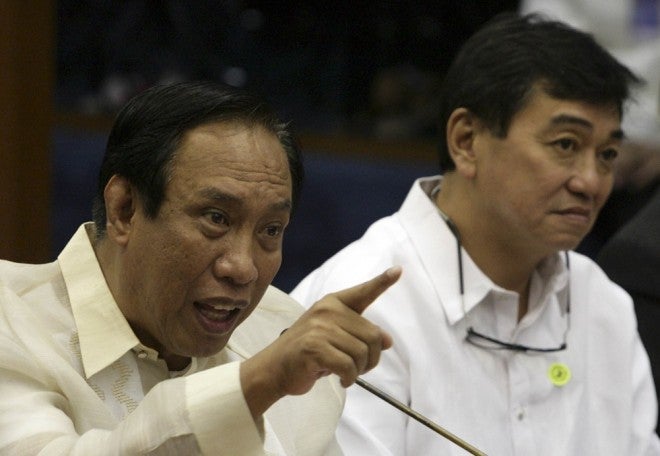 In an interview with reporters, Mercado said: “Inalis ko na yung atras ng kotse ko, kaya puro abante na lang (I got rid of the reverse gear in my car and it’s all driving forward).”

It was the first time Mercado was allowed to testify on the Commission on Audit’s findings of irregularities in connection with the purchase of office furniture and partitions for the Makati City Hall in 1999.

State prosecutors wanted to present Mercado to explain how an original copy of an audit report ended up in his possession. Binay’s defense team tried to block him from testifying, saying he was not in the position to authenticate the report and speak about its factual veracity.

The Sandiganbayan Fifth Division in July 2015 originally denied the prosecution’s motion to present Mercado as witness. But in January 2016, it granted an appeal and ruled that presenting Mercado would be well within the prosecution’s discretion.

The court also said Mercado was competent enough to testify because he took part in preparing the “management comments” section where the city government explained its side regarding the audit observations.

During the Fifth Division’s Wednesday hearing , Mercado said he received the audit report in 2002 from no less than then-Mayor Jejomar Binay, Mrs. Binay’s husband and predecessor and successor as mayor.

Yet, at the sidelines of the hearing, he said that his testimony was “not against the Binays.”

The case is the last surviving graft charge against Mrs. Binay in connection with the alleged irregularities in the purchase of city hall furniture from 1999 to 2000. She had won three other criminal cases related to these purchases. 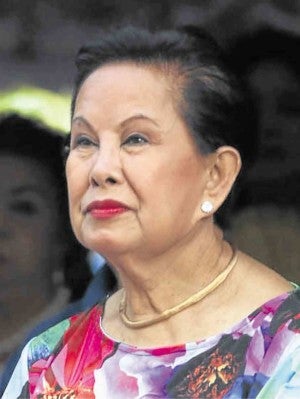 The Second Division on Apr. 7, 2011 dismissed a P58.04-million graft case on demurrer, which meant that even without rebuttal, the prosecution’s evidence was insufficient to sustain the case. The Fifth Division last Oct. 28 also granted the demurrer against a separate P21.7-million case.

Binay also faces four graft and malversation cases pending before the Third Division over the purchase of P45 million worth of hospital beds and sterilizers for the city-run Ospital ng Makati in 2000 and 2001.

As these cases continue, the Third Division has allowed Mrs. Binay to travel to Tokyo and Osaka from April 1 to 8, subject to the payment of a P420,000 travel bond.  SFM

Read Next
Despite support for Marcoses, Calida says he can go after hidden wealth
EDITORS' PICK
Smart celebrates all kinds of ‘#SimplyLove’ for Pride Month
Duterte to issue memo on face shields this week
Smart brings KCON:TACT especially 4U to subscribers from June 19 to 27
Gilas out to prove Korea win not a fluke; Tab fires back at ‘lucky shot’ remark
DOH reports 40 more COVID-19 variant cases
Young, Huerter help Hawks upset top seed Sixers in Game 7
MOST READ
Duterte to issue memo on face shields this week
No plot to oust Pacquiao as PDP-Laban president in July meeting — Nograles
Probe troll farms, lawmakers urge
Año: Drug war to be effective no matter who next leaders are
Don't miss out on the latest news and information.