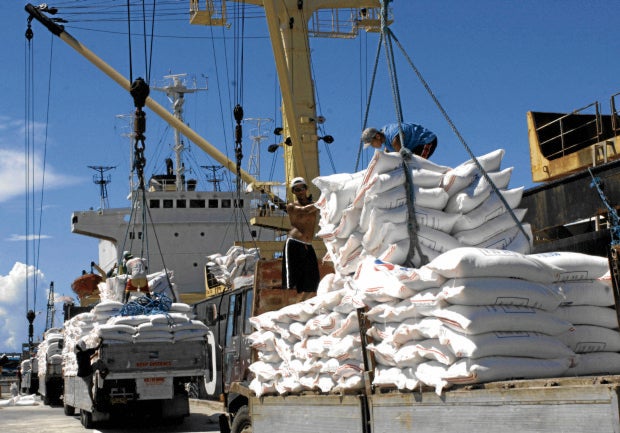 MANILA — State-run think tank Philippine Institute for Development Studies (PIDS) is pushing to slap a 35-percent tariff on rice while providing subsidies to farmers when the import quota expires by the middle of this year.

“First is to extend the QR for two more years. The second and the preferred option is to pursue tariffication, with revenues earmarked as safety net for rice farmers,” PIDS said.

Alongside slapping import duty on the Filipino staple food, PIDS proposed to financially support farmers. “A safety net for rice farmers can be as much as P20 billion annually and can be financed entirely by earmarking funds from the tariff revenue.”

PIDS further said “tariffication with safety nets will bring down the price of rice and ease the dislocation of rice farmers.”

But PIDS added that ultimately, “removal of the QR will also increase imports and depress palay prices.”

Based on PIDS’ projections under a scenario that the QR will be ultimately repealed while imposing a 35-percent tariff on rice, “imports are expected to double and reach 4.4 million tons per year on the average from 2017 to 2022.”

“Tariff revenues are expected to be around P27-28 billion during the same period. Meanwhile, farm gate and retail prices are projected to decrease by P4.56 per kilogram and P6.97 per kilogram, respectively,” it added.

As for extending the waiver for two more years or until 2019, as proposed by the Department of Agriculture, PIDS pointed out that “the government still has no clear strategy to fast-track domestic farmer competitiveness within two years.”

Also, “a QR extension means consumers shall continue to bear the burden of overpriced rice, with the poorest households bearing the brunt,” the PIDS added.

State planning agency National Economic and Development Authority has disclosed the decision of the majority of economic managers to remove the Philippines’ quota on rice importation, as the government moves to lower the prices of the staple food.

Economic managers have been pushing the amendment of the decade-old Republic Act No. 8178 or the Agricultural Tariffication Act of 1996, which had put the rice import quota in place.

In 2014, the WTO allowed the Philippines to extend its QR on rice until June 30, 2017, in a bid to buy more time for local farmers to prepare for free trade in the light of the government’s goal of achieving rice self-sufficiency.

Since the government imposes a quota on rice imports, domestic prices are vulnerable to shocks resulting from meager supply.

The QR puts the burden of rice supply and demand to the government, whereas the market forces are being limited by the quota system.

Pundits say importation should be done by the private sector in order to allow market forces to determine prices.

The extended QR slaps 35-percent duty on imported rice under a minimum access volume (MAV) of 805,200 metric tons. Importation outside of the MAV limit are levied a higher tariff of 50 percent.

The Philippines’ most favored nation rate—the additional tariff imposed when imported outside of Asean—on the commodity remains at about 40 percent.