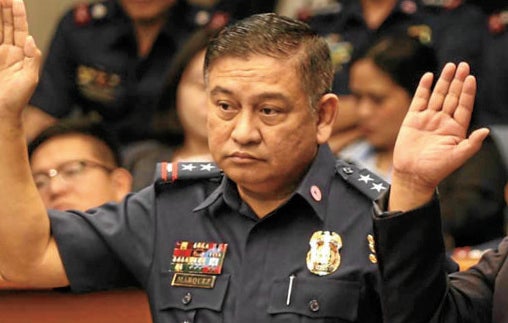 In its latest report, the PNP put confirmed drug-related deaths in the eight months of the Duterte presidency at 1,398.

In a press briefing, Dela Rosa denied that the administration was sponsoring the killing of drug suspects and slammed sectors out to demolish Mr. Duterte’s centerpiece program.

“That 7,000 came from the media. Let’s face it. Let’s be frank about it. That 7,000 EJK did not come from the PNP. My apologies to the media who are very accurate in their reporting. When I say media, I don’t mean all the media but there are those who erroneously report that 7,000,” he added.

Director Augusto Marquez Jr., head of the PNP Directorate for Investigation and Detective Management, said that from July 1, 2016, to March 24, 2017, there were a total of 6,011 killings or “homicides” in the country.

Of this number, 1,398 were confirmed to be drug-related while 828 were not drug related. The rest—3,785 cases—remained under investigation, Marquez said.

However, the PNP on Jan. 31—a day after Mr. Duterte suspended the drug war—reported that 2,555 “drug personalities” had been killed since the antidrug campaign started in July. When asked about this, Marquez said that figure included other homicide cases that were not necessarily drug-related.

Of the 828 cases that were confirmed to be not related to illegal drugs, 751 were due to personal grudges, 22 due to property disputes, 20 involved a “love triangle,” 13 were killed by threat groups like communist insurgents or bandits, 10 due to family disputes, 11 were work-related and one case involved the killing of an activist.

“Some sectors want to make it appear that the killings are (state)-sponsored when in fact we deny in the highest possible terms the claim,” he said. “I myself can’t stomach that I will give the order to kill a person.”

Dela Rosa also said he was hopeful that Robredo would also be enlightened by the PNP clarification.

In a video message to a United Nations conference in Austria, Robredo said more than 7,000 people had been summarily killed in the Duterte administration’s war against drugs.