SAN ISIDRO, Isabela — A 58-year-old former barangay chair was hacked to death by her son on Sunday (March 26) when she allegedly refused to give him money, police said.

Crisencia Gragasin, former village chief of Barangay Quezon, was hacked on the head, arms and torso by her son, Nelson, but had managed  to scream for help.

Initial police reports said Nelson, a substance abuser, was demanding money when he attacked his mother. The suspect fled when his brother went to their mother’s aid, but Gragasin had died from her wounds by then./rga 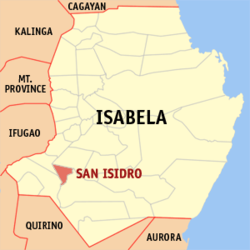