Kalinga woman reaches for the stars through work with astronauts 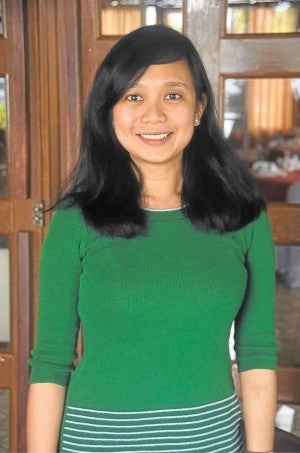 TABUK CITY—Gwendolyn Pascua used to collect photographs of astronauts when she was in grade school here. The hobby continued until high school, prompting her mother, Paulina, to ask her if she intended to marry an astronaut.

“No, I want to be an astronaut, ” replied Pascua, a constant presence at regional science fairs as a student of Bulanao Central School and Tabuk National High School.

Decades later and now a physicist, she has inched closer to her aspiration, serving as a ground controller at Biotechnology Space Support Center (Biotesc) in Lucerne University in Switzerland. Biotesc is one of the seven user-service and operation centers of the European Space Agency (ESA), so the Kalinga girl has been working closely with astronauts.

“We prepare [the astronauts’] experiments and procedures starting from planning their experiments, coordinating with scientists and payload developers. We do all tests necessary on the ground before they are sent to the ISS (International Space Station),” Pascua said.

The Filipino returned here last week to revisit her hometown. She was expected a month ago, but the Biotesc mission control team needed to keep tabs on French astronaut Thomas Pequet, who flew to ISS on Soyuz MS-03 on Nov. 17 for a six-month tour.

“As the mission control team, we monitor everything in the space station and troubleshoot with the astronauts. We should know the safety implications of even the simple things they do like pushing a button,” Pascua said.

Pascua, who is in her 30s and married to a Frenchman named Demoulin, said it was a dream career in which she has invested most of her adult life.

She completed a Bachelor of Science in Applied Physics at the University of the Philippines (UP) in Diliman in 2005, taking up major courses in instrumentation and condensed matter physics. She acquired a Master of Science in Physics, also at UP, and was accepted in 2008 for master’s degree courses in Universite de Rennes I in France and Ludwig-Maximilians-Universitat in Munchen, Germany.

She spent her first semester in France and her second semester in Germany until she acquired her degrees in 2009. She completed her thesis at Paul Scherrer Institute in Switzerland and was offered a position by her thesis supervisor, Dr. Hubertus Luetkens.

Pascua earned her doctorate in Experimental Physics at the University of Zurich in May 2014. Her thesis dealt with magnetism and superconductivity.

Before joining the operations management team of Biotesc, she needed to earn a special certificate as a project manager.

Nothing was left to chance in her tasks, she said, because space projects cost billions of dollars. All possible scenarios must be considered and corresponding simulations made before a mission is launched.

“Space projects should be precise and thorough,” she said.

While an undergraduate at UP Diliman, Pascua and her friends were infatuated with the Taiwanese boy band F4, which led them to enroll in a Mandarin language course for three semesters. That came in handy, she said, because Biotesc encouraged her to harness her Mandarin skills should ESA collaborate with the Chinese on space projects in the future.

She also speaks French and German, and is learning Russian.

She remains a Kalinga girl at heart, she said. She remembered how she was exposed to Kalinga customs because her grandfather, William Banasan, a member of the Madukayong tribe, would bring her along to peace negotiations.

Her future, however, has a new trajectory that requires her to literally reach for the stars.