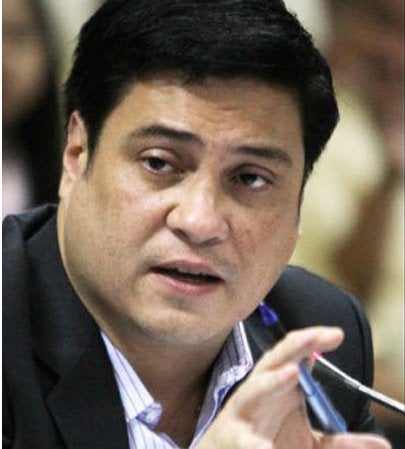 MALAYBALAY CITY, Bukidnon – Senator Juan Miguel Zubiri has urged Agriculture Secretary Emmanuel Piñol to stop “politicizing” the problem that has beset the local sugar industry, which is now threatened by multi-national beverage makers’ preference for the imported high-fructose corn syrup (HFCS) in the manufacture of softdrinks.

Zubiri was reacting to reports quoting Piñol as accusing sugarcane plantation owners in Negros Occidental of being supporters of the Liberal Party and calling the province a “Mar Roxas country” in reference to the former senator and LP official who ran against President Duterte in the last presidential election.

“No, he (Piñol) should not politicize it. This issue is not political, this issue is the survival of over one million farmers, and if you add their families, that’s five million people directly or indirectly affected by this industry,” the senator told reporters in an interview on Saturday.

Zubiri was referring to the soda firms’ importation of HFCS in bulk as sweetener for their products, thus shutting out the local sugar industry.

According to Zubiri, Negros Occidental is not the only province that’s producing sugar since sugarcane plantations and sugar milling companies are spread throughout the Philippines, including Piñol’s home province of North Cotabato.

Bukidnon, where Zubiri comes from, has hundreds of hectares of sugar plantations and two sugar processing facilities, the Bukidnon Sugar Milling Corporation and the Crystal Sugar Company Inc.

He said the local sugarcane farmers have been suffering from the HFCS importation, which has dramatically lowered the price of sugar in the country. About 40 percent of sugar produced locally goes to beverage manufacturing.

Zubiri said this lowering of the price of local sugar has hurt the  sector, which has had a slim profit margin.  The cost of producing a 50-kg bag of sugar ranges from P1,000 to P1,100, according to Zubiri.

Stakeholders in the sugar production sector met with President Duterte in February and appealed for his intervention.

Zubiri said Duterte instructed the Sugar Regulatory Administration to protect the local sugarcane farmers, prompting SRA Administrator Anna Rosario Paner to issue Sugar Order No. 3, which has since been regulating the importation of HFCS to the country.

Softdrink companies have protested the order. Coca Cola Femsa Philippines even petitioned a court to issue a temporary restraining order against the SRA order early this month.

Zubiri questioned Piñol’s negative reaction to the issuance of Sugar Order No. 3.

“It boggles my mind why is it (Piñol) has to order one of the attached agencies (SRA) to stand down. For me, I was hoping the DA through its secretary, would protect the farmers,” he said, adding Piñol should be looking after the interest of the Filipino farmers in accordance with his mandate as agriculture secretary.

Zubiri said the Senate’s agriculture committee, headed by Sen. Cynthia Villar, has invited all sugarcane industry stakeholders to a hearing on April 10.

Expected to attend are Piñol and Department of Agrarian Reform Secretary Rafael Mariano.

He said Piñol would be asked to explain his support for the softdrinks companies’ move to import HFCS.

“It’s going to be an exciting hearing and I do wish the secretaries would come because if they don’t show and send their undersecretaries, I will have to move for a show-cause order (and set another hearing),” he added.  SFM