Energy savings during Earth Hour down to 165MW – NGCP 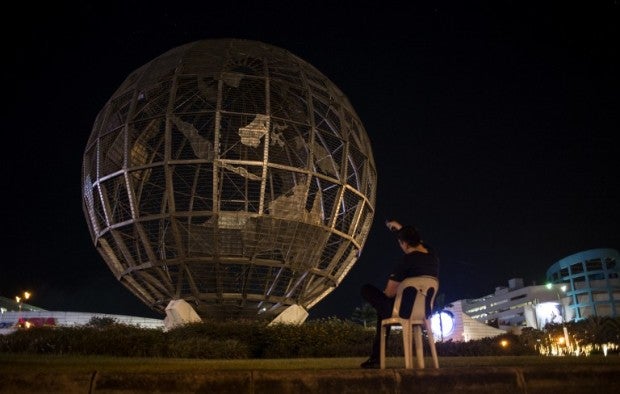 This image shows the globe, with its lights shut off, in front of a mall, during the Earth Hour environmental campaign in Manila on March 25, 2017. / AFP PHOTO / NOEL CELIS

MANILA — Participation in this year’s observance of Earth Hour may have been less enthusiastic but it still reduced the maximum load throughout the Philippines’ power grid by a total of 165 megaWatts, the Department of Energy said.

Based on data from the National Grid Corp. of the Philippines (NGCP), the figure was 4 percent less than the 172-mW reduction in the maximum load — meaning power plants worked less to meet peak demand — observed in the same occasion in 2016.

Earth Hour is an international campaign encouraging people and businesses to turn off lights and other electrical appliances in support of the global call for action on climate change to reduce carbon footprint.

On the other hand, relief for the Visayas grid was 44 mW, which was greater than the 30 mW of load reduction during Earth Hour 2016.

Electricity consumers in the Mindanao grid performed best with a reduction of 44 mW, which was more than seven times the 6 mW saved last year.

According to the Department of Environment and Natural Resources (DENR), this year’s observance of Earth Hour was a milestone for the Philippines as it comes within a fortnight after the Senate ratified the landmark Paris Agreement on Climate Change.

The Philippines is one of the countries most vulnerable to climate change, but has a very small climate footprint, but “this should not prevent the country from achieving economic development while adopting lifestyles, systems and measures that can slow down climate change,” according to the DENR.

“Earth Hour is a great initiative that demonstrates how small, simple steps can help make a difference in making communities reflect on the devastating impacts of climate change,” the environment department said in a statement.

The DENR also supported calls for Earth Hour participants to “go beyond the hour” in their daily activities.  SFM