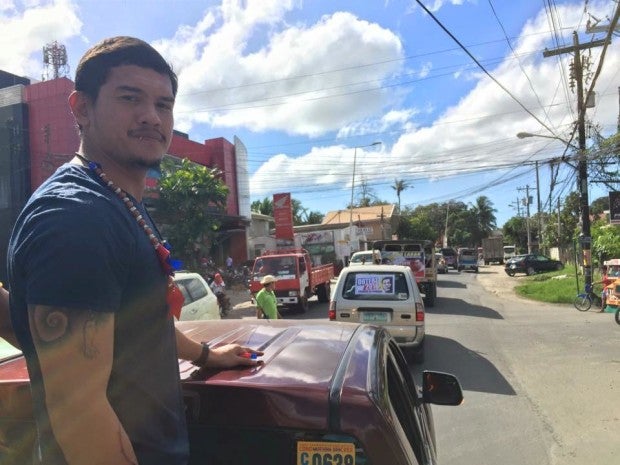 President Rodrigo Duterte took the opportunity on Friday to joke about the exploits of his son Baste, who has been making headlines because of his relationships with women.

(The first thing that came to my mind was the baby in my wife’s womb. Sebastian who did nothing but chase after girls.)

Duterte was trying to empathize with policemen who often face danger in their daily work. But he ended up joking about his youngest son.

(He does nothing. I wish he would just enter the PMA so he would experience being beaten up.)

The President explained that his first wife was pregnant with Baste when he was abducted by the NPA and forced to appear before the communist movement’s revolutionary court.

He was facing trial for his work as a prosecutor because he was able to send NPA members to jail.

“Sabi ko sa kanila okay lang sa akin. Alam mo namamatay lahat ng tao pero let the world know pinatay n’yo ako dahil sa trabaho ko (I told them it was okay if they kill me. Everyone dies but I wanted them to let the world know that they killed me because of my work),” he said. “You killed me because I was doing the prosecutor work against your comrades.”

He said the group decided not to kill him and he ended up having a close relationship with them.

“Eh ‘di ngayon magpunta ako doon, magluto sila, mag-gwardya sa akin (So now I go there and they cook for me, they guard me),” he said.

Duterte has had close ties with leftists, especially when he was still mayor of Davao City. However, recent events have led to a breakdown of the ceasefire agreement between the two parties. Nevertheless, lines have remained open and a new round of peace talks is expected in April. KS/IDL/rga