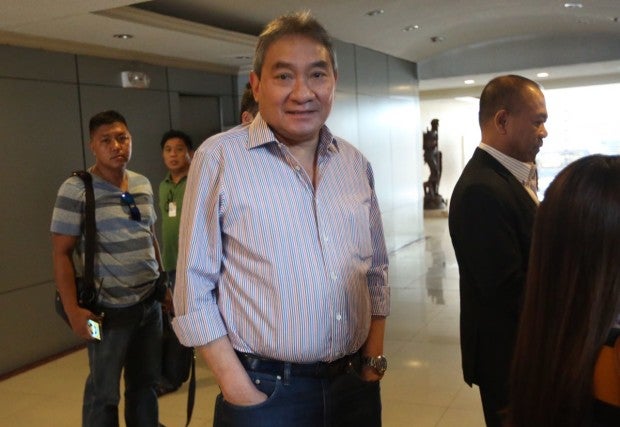 Cigarette maker Mighty Corp. on Wednesday welcomed the criminal charges the Bureau of Internal Revenue (BIR) filed against it for allegedly evading payment of P9.564 billion in excise taxes through the use of fake tax stamps.

Sigfrid Fortun, Mighty’s lawyer, said the filing of the complaint would provide the company with “an opportunity to clear our names and show we violated no tax laws.”

“We will continue to cooperate with government in its continuing effort at tax collection,” Mighty said in a statement.

The BIR said Mighty and its officials were charged with  unlawful possession of articles subject to excise tax without payment of the tax, and for possessing false, counterfeit, restored or altered stamps, in violation of Sections 263 and 265(c) of the National Internal Revenue Code of 1997, as amended, or the Tax Code.

Nongovernment Action for Economic Reforms has pegged Mighty’s tax liabilities at about P15 billion, based on the volume of cigarette packs that bore fake stamps confiscated by the Bureau of Customs (BOC) and the BIR in Zamboanga City, Pampanga, General Santos City, Cebu City and Tacloban City late last month and early this month.

The chief presidential legal counsel, Salvador Panelo, previously claimed the businessman had tried to bribe the President, an allegation which Mr. Duterte himself later denied.

Mr. Duterte earlier admitted that Wongchuking was his “mistah” (classmate) as they were adopted members of the Philippine Military Academy Class of 1967.

The President’s threat of arrest against Wongchuking prompted the businessman to report to National Bureau Investigation Director Dante Gierran, who accompanied him to a meeting with Justice Secretary Vitaliano Aguirre II.

But Aguirre said there was no reason to arrest the Mighty owner as it would be better for the cigarette company to meet with officials of the BIR, Department of Finance and the BOC “to fully determine the exact liabilities” of Mighty.

Since the tax evasion case covered only the raid in Pampanga, sources said another case would be filed against Mighty, while the BIR was looking into suspending the company’s license to manufacture.

Since late 2014, the BIR has been implementing the Internal Revenue Stamps Integrated System on tobacco products to ensure that the correct excise taxes are paid.

An on-the-spot surveillance operation inside an industrial park in Pampanga early this month found that four warehouses being leased by Mighty contained many packs with fake cigarette tax stamps, the the country’s biggest tax-collection agency said.

“In the presence of Bureau of Customs personnel, Philippine National Police officers, Mighty representatives and barangay officials, internal revenue stamps affixed to the cigarette packs were tested using the Taggant reader, a BIR-registered equipment used to test the authenticity of stamps affixed on cigarette packs,” the BIR said in a statement.

“The tests conducted showed that the stamps were fake or not authentic. The master cases containing the cigarettes with fake stamps were marked  ‘tested fake’ and confiscated.”

The agency added that the stamps were not affixed at the production plant of Mighty in Barangay Tikay, Malolos, Bulacan, as required by law since, according to BIR officers on the premises, no official delivery receipts for the Pampanga warehouses were presented by the company.

“Such failure to present the official delivery receipts showed that the cigarette packs in the [Pampanga] warehouses did not come from the manufacturing plant in Barangay Tikay where such stamps should have been affixed,” it said.