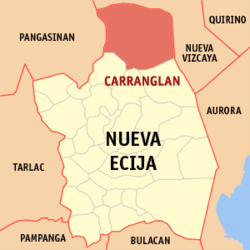 FORT RAMON MAGSAYSAY, Palayan City — A suspected communist rebel, carrying explosives, was arrested by the military and the police at Carranglan town in Nueva Ecija province on Wednesday (March 22).

The Philippine Army did not disclose the identity of the suspect but called him by his alleged aliases, “Isaac” and “Moises.” The Army said the suspect reportedly served as front secretary of the “Platun Nueva Ecija-Nueva Vizcaya-Eastern Pangasinan.”

He was the subject of an arrest warrant in relation to a 2011 homicide case, the Army added.

The suspect was arrested in Barangay (village) Gen. Luna, at 1 a.m. by members of the Army’s 703rd Infantry Brigade and 56th Infantry Battalion, and by the Nueva Ecija police in what the military described as an “intelligence-driven operation.”