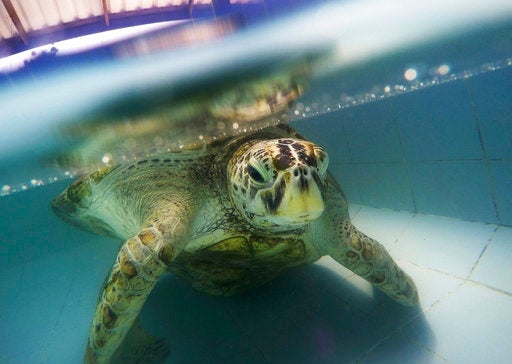 BANGKOK — A Thai veterinarian says a 25-year-old sea turtle has slipped into a coma two weeks after it had life-saving surgery to remove 915 coins from its stomach.

Veterinarian Nantarika Chansue removed the coins March 6 in an hours-long operation. But a checkup Saturday revealed problems with the turtle’s intestines and doctors performed a second operation.

In a Facebook posting Monday, the veterinarian said Bank had not woken up since the operation and was in “very serious” condition.