Duterte shows up at baptism party for grandson 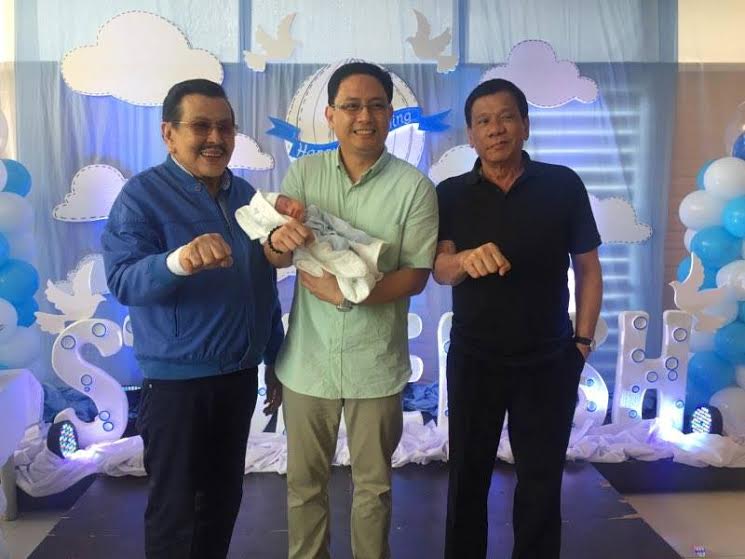 President Rodrigo Duterte poses for pictures with his baby grandson, Marko Digong, who is being carried by his father, Manases Carpio, and former President Joseph Estrada, during a baptism reception for the child in Davao City, on Mar. 16, 2017. (Photo courtesy of the Davao City Information Office.)

DAVAO CITY – President Duterte on Thursday showed up at the reception of the christening of his youngest grandchild, Marko Digong Duterte Carpio.

Stonefish, as he was nicknamed by his parents, was baptized here at 10 a.m. Thursday. The reception was held at the exclusive Matina Enclaves, near the President’s house in Doña Luisa Subdivision.

No less than former President Joseph Estrada stood as one of the baby’s godfathers during the baptism rites. But President Duterte was not in attendance.

The City Information Office later released a photo of President Duterte looking at his grandson who was being carried by his father, Manases Carpio.

Earlier, the baptism, which was officiated by Davao Archbishop Romulo Valles, was held at the St. Francis of Assisi Parish in Barangay Maa. It was attended only by members of the Duterte and Carpio families and the godparents. SFM 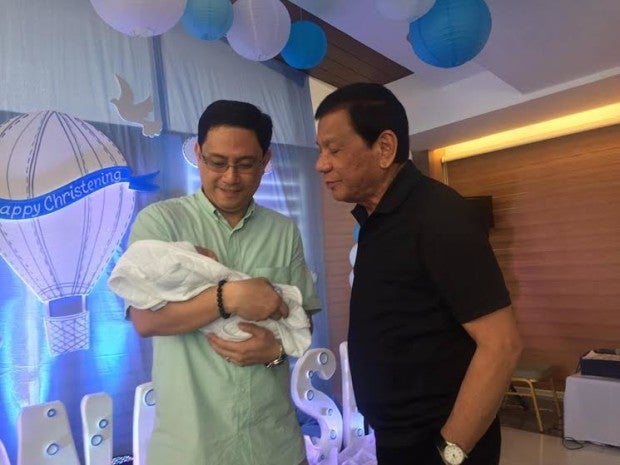 Manases Carpio shows Marko Digong to his grandfather, President Rodrigo Duterte, during the baptism reception for the child in Davao City, on Mar. 16, 2017. (Photo courtesy of the Davao City Information Office)