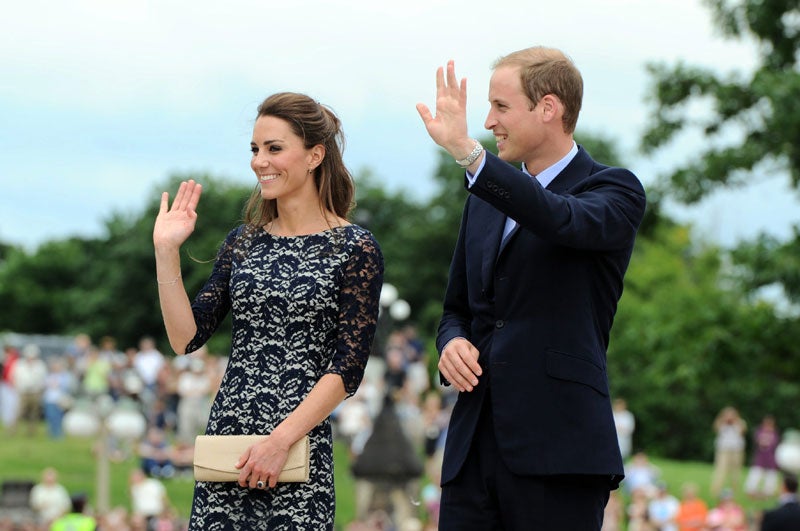 PARIS—Britain’s Prince William and his wife Kate will pay an official visit to Paris on Friday and Saturday, months before the 20th anniversary of the death of William’s mother Diana in a car crash in the French capital.

The second-in-line to the throne and his spouse will meet President Francois Hollande and launch an initiative called “Les Voisins” (The Neighbours) designed to foster closer relations between the two countries at a time when Britain is set to begin the formal process of leaving the European Union.

The Duke and Duchess of Cambridge will also host a black-tie dinner at the British Embassy and attend a Six Nations rugby match between France and Wales at the national stadium on Saturday.

It will be the 34-year-old prince’s first engagement as patron of the Welsh Rugby Union since taking over the role from his grandmother, Queen Elizabeth II.

The couple will be travelling without their children, three-year-old George and one-year-old Charlotte.

Although no official commemoration is planned during the trip, it will be impossible to escape the poignancy of Diana’s eldest son visiting the city where she died on August 31, 1997.

William was just 15 and his brother Harry 12 when their mother and her boyfriend Dodi Al-Fayed were killed after the Mercedes in which they were passengers crashed in a tunnel in central Paris as it was being pursued at high speed by press photographers.

Their French chauffeur Henri Paul, who was later found to be over the legal blood alcohol limit, also died.

To mark the 20th anniversary of her death, the princes announced earlier this year they were setting up a committee to raise funds to pay for a statue of Diana, who was known as the Princess of Wales, to be erected in the public gardens of Kensington Palace in London, where she lived.

William to the fore

The Paris visit is another sign that the princes and their father, heir-to-the-throne Prince Charles, are increasingly taking over official duties from the queen, who will turn 91 on June 10.

William and Kate are also to visit to Germany and Poland in July.

William has announced he is stepping down as an air ambulance helicopter pilot to focus more on royal business.

The prince has been criticized as “work-shy” by the famously aggressive British tabloids over the number of engagements he performs compared with the queen.

The young royals remain hugely popular in Britain, however, and also have a sizeable French fan base./rga

Read Next
Sexagenarian facing 21 counts of rape arrested in Bataan
EDITORS' PICK
Over 3 Million worth of prizes to be won at Smart Padala’s SENDali Manalo Promo!
Gear up and get ready to play with Yamaha Mio Gear
Acer starts the year off strong with the Aspire Vero National Geographic Edition
If elected VP, Sara Duterte will push for mandatory military service for all Filipinos
Senate bill seeks to penalize employers requiring employees to work during rest hours
Marcos-era elections: Not what his son signed up for
MOST READ
Jose Manalo’s son Benj pays tribute to late mother: ‘You’re a testimony of God’s love’
‘Sampal sa gobyerno:’ Drilon wants unvaxxed PAO chief barred from working
Vice mayor slams Vico Sotto for turning Pasig into a ‘puro palabas’ city
Bongbong-Sara tandem names 7 candidates in initial senatorial slate
Don't miss out on the latest news and information.