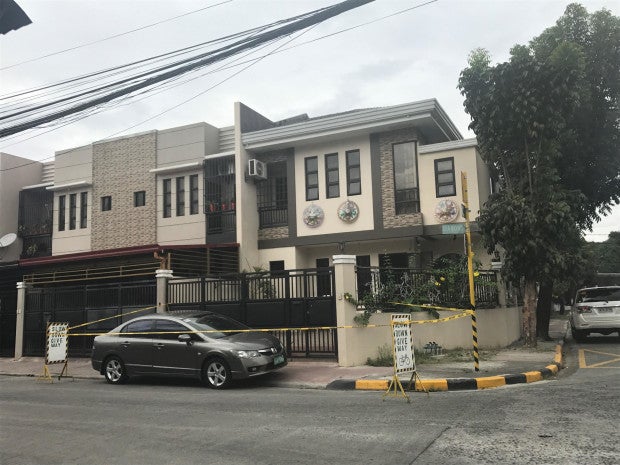 A ranking official of a local government-run university in Marikina City was found dead with multiple stab wounds inside his house Wednesday morning.

The killing of Dr. Alfredo Dimaano came as a shock to students and colleagues at Pamantasan ng Lungsod ng Marikina (PLMar), where he was a psychology professor and vice president for academic affairs.

Quoting the victim’s sole companion who also served as the house caretaker, the police said Dimaano was found dead around 7:30 a.m. at the master bedroom of his residence in Marikit Subdivision, Barangay Concepcion Uno.

Investigators noted that the 44-year-old victim was stabbed seven times in the neck and back, and that his laptop and two of his cell phones had gone missing.

In a statement to the police, the caretaker, Glen Lapasa, said Dimaano was waiting for a visitor around 11 p.m. Tuesday. A man who appeared to be between 18 and 20 years old, and was unfamiliar to Lapasa, later arrived and hardly spoke as Dimaano let him in. At that point, Lapasa withdrew to his room on the ground floor.

Speaking to reporters on Wednesday, Lapasa said he last saw Dimaano alive shortly past 1 a.m. when the latter went downstairs to get some papers at his private chapel.

Around that time, Lapasa  also saw the male visitor come down for a glass of water.

Meanwhile, Barangay Concepcion Uno executive officer Romeo Hoboc, who was then at a security outpost located in front of Dimaano’s residence, said he saw a young man leaving the house around 4 a.m.

The man, who wore a ball cap and stood around 5’2”, walked away calmly, the village official added.

Lapasa sensed something was wrong around 7 a.m., when he called Dimaano for breakfast and received no response. The professor had a class scheduled that morning.

The victim’s wounds indicated that the attacker used a double-bladed knife, according to PO3 Erwin Tacata, the case investigator from the Marikina police Station 6.

Lapasa, a 22-year-old dance teacher, said Dimaano was a “very good and generous man” who helped finance his studies in their home province.

Chief Insp. Eduardo Cayetano, head of the Marikina police investigation section, said robbery was being considered as the motive although other angles related to the victim’s work were not being ruled out.

The university held a special Mass for Dimaano on Wednesday, while his students, fellow faculty members and relatives turned up at his house, demanding justice for the slain professor.

The Rotaract Club of PLMAr also paid also tribute to Dimaano, citing his competence as a teacher. One of his students remembered Dimaano for his “openness,” as he always welcomed them to his house to have a chat or let them read in his private library.