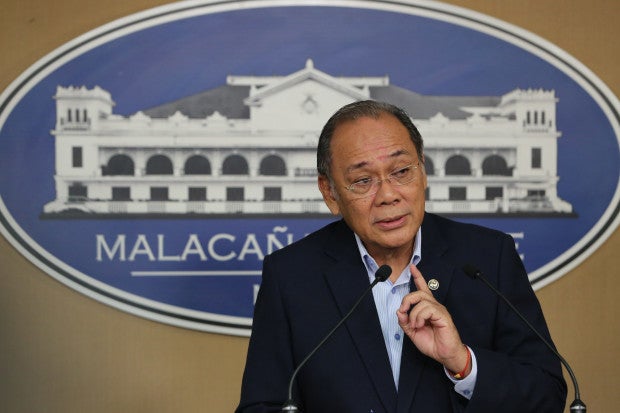 “The President had a private and lively dinner with some senators on Tuesday evening, as attested by the social media post of Senator Joseph Victor “JV” Ejercito,” Abella said in a statement.

Abella said that aside from dinner, the President and the senators exchanged views on vital legislative agenda currently pending in the Senate.

“Among the pending bills they discussed were the proposed emergency powers to solve the traffic problem in Metro Manila and the proposed comprehensive tax reform package, which seeks to realign the revenue collection of the government, boost the available income of the taxpayers, while guaranteeing the healthy operation of the government and the country’s inclusive development programs,” he said.

“They likewise talked about the President’s war on drugs and the Senate concurrence to the Philippines’ accession to the Paris Agreement. In all, it was a productive evening,” Abella added.

(Editors note: INQUIRER.net has corrected this story, which erroneously quoted Presidential Spokesperson Ernesto Abella as saying the dinner was “lovely” instead of “lively.”)