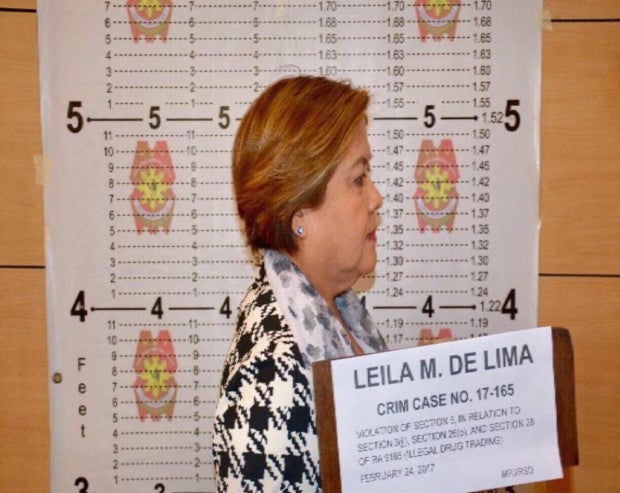 The Supreme Court gave all parties to the petition of Senator Leila De Lima up to March 17 to submit all documents related to the case.

Among the documents that must be submitted are the following:

The high court also directed the submission of the administrative issuances on the transfer of Bilibid inmates to other correctional facilities to include but not limited to the administrative structure and procedure for the transfer of inmates and the grant of privileges up to the cell level as well as resolutions or orders granting immunity to witnesses and those admitting them to the Witness Protection, Security and Benefit Program.

Eight high profile inmates have testified against De Lima. They are currently at a temporary detention in a military facility.

The DOJ said that De Lima allegedly received around P10 million in drug payoffs from November 2012 to early 2013 through her co-accused, former Bureau of Corrections officer-in-charge Rafael Ragos.

Ragos said he delivered the money to De Lima’s residence in Paranaque City where it was received by her former driver Ronnie Dayan, who is also a co-accused in the case.