'Because farmers linked to Left have been killed since break in negotiations
By: Jaymee T. Gamil - Reporter / @jgamilINQ
Philippine Daily Inquirer / 12:52 AM March 15, 2017 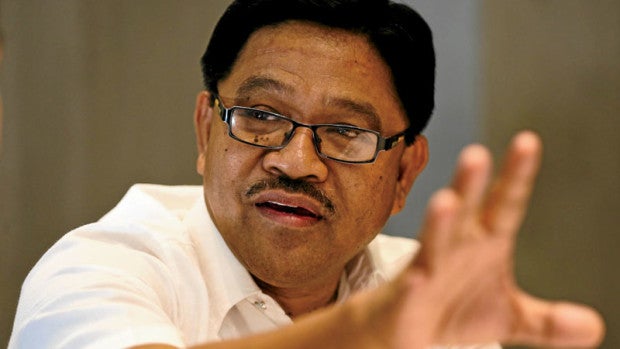 MANILA — Leftist Cabinet member Agrarian Reform Secretary Rafael “Ka Paeng” Mariano reiterated his support for the peace talks between the Philippine government and the communist-led National Democratic Front (NDFP), as the erstwhile stalled talks was put back on track through backchannel efforts.

“We laud both panels for exhibiting commitment to achieve a just and lasting peace. Likewise, we recognize the unwavering determination of peoples’ organizations, farmers in particular, for their support to the peace talks. Our farmers stand to benefit the most from the peace negotiations,” Mariano said, in a statement on Tuesday.

Mariano also expressed hopes the parties to the talks would also resume with a ceasefire agreement, lamenting that nine activist agrarian reform beneficiaries have already been killed since unilateral ceasefire declarations were recalled by the parties.

“The achievements of the six-month peace talks are solid foundations and compelling basis to further the discussions on agrarian reform, rural development and national industrialization to harmonize the drafts of the GRP and NDFP on the Comprehensive Agreement on Social and Economic Reforms (CASER),” Mariano said.

One of the developments in the previous round of talks was the mutual recognition of “genuine agrarian reform as an important prerequisite for national and agricultural industrialization” and an understanding “to help address the root causes of the armed conflict and widespread agrarian unrest in the country,” Mariano said.

“I am hopeful that both panels would work doubly hard on achieving pro-people policy reforms that includes genuine land reform,” Mariano said.  SFM