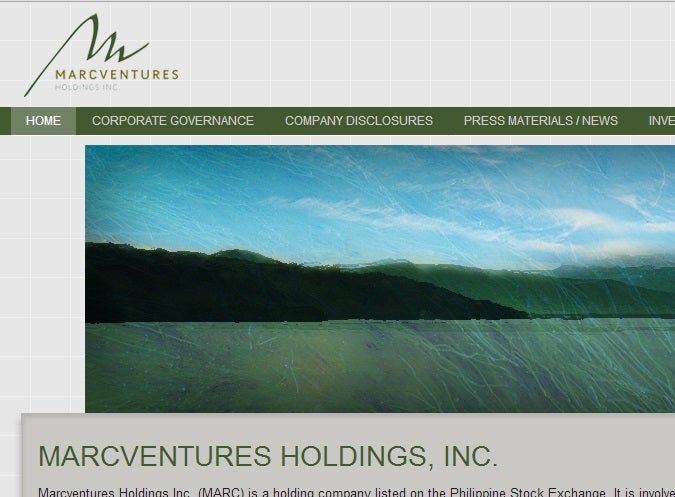 MANILA — Marcventures Mining and Development Corp. expressed its readiness, on Tuesday, to present to President Duterte facts that would debunk “allegations” made by Environment Secretary Regina Lopez and which she used as bases for ordering the closure of MDDC’s mine in Surigao del Sur.

The company was reacting to the President’s invitation for mining companies to do so as the Chief Executive expressed continued support for Lopez.

On Monday, the President also said it might be “worthwhile” for Lopez to enforce a ban on mining given the damage to the environment that mineral producers have caused.

“We invite and challenge Ms. Lopez to visit and observe on the ground — rather than just a helicopter flyover — in the Marcventures MPSA [mineral production sharing agreement] area to see for herself the clean rivers and silt-free farms which prove our responsible mining practices,” MMDC said.

“We believe this is necessary since she has disregarded the audit findings of the Mines and Geosciences Bureau, which did not find any serious violations,” the company added. “It also appears that the pictures she showed in her presentations may not actually be located in the mining areas of Marcventures.”

MMDC has expressed “extreme confidence” that its mining operations are performed in a clean and responsible manner, saying that the project has uplifted the quality of life of host communities in Surigao del Sur.

The mining firm said it had pictures and videos of its operations showing no siltation and that its mined-out areas have been undergoing progressive rehabilitation.

“Our community livelihood and educational support programs for the indigenous peoples have improved the social and economic welfare of the communities,” MMDC said.

Last February, MMDC’s parent firm Marcventures Holdings Inc. reiterated that the mine was allowed to operate even when the area was subsequently declared a watershed, as MMDC had “prior rights that must be respected.”

“We strongly object to such action being made without observance of due process and without basis in fact and in law,” MHI president Isidro C. Alcantara Jr. said.

“While the order [from Lopez] mentioned that MMDC operates in a declared watershed, we clarify that MMDC has prior legal right to operate in the area since its MPSA was approved in 1993 prior to the issuance of the watershed declaration under Presidential Proclamation 1747 issued in in 2009 which specifically states that ‘prior rights must be respected,’” Alcantara said.  SFM

Read Next
Gov’t, Meralco urged: Open biddings for power supply to other players
EDITORS' PICK
What’s at stake for every fighter at ONE: NextGen
Climate Change Commission and Nestlé PH to discover sustainability-focused solutions
Gordon calls 2 Pharmally execs ‘Senate fugitives’ after no-show in probe
NCR’s COVID-9 alert level may be downgraded from 3 to 2 soon — DOH
Legarda emphasizes role of ICC/IPs in nation building this IP month
Isko Moreno bares ‘two-pronged’ approach to rehabilitate MSMEs
MOST READ
LJ Reyes says Paolo Contis made ‘no efforts’ to talk to her after their split
Gordon to Duterte: You? Teaching me courtesy?
Yang’s Princeton degree raises eyebrows among senators
PDP-Laban Cusi wing Senate bets willing to give way to Duterte
Don't miss out on the latest news and information.