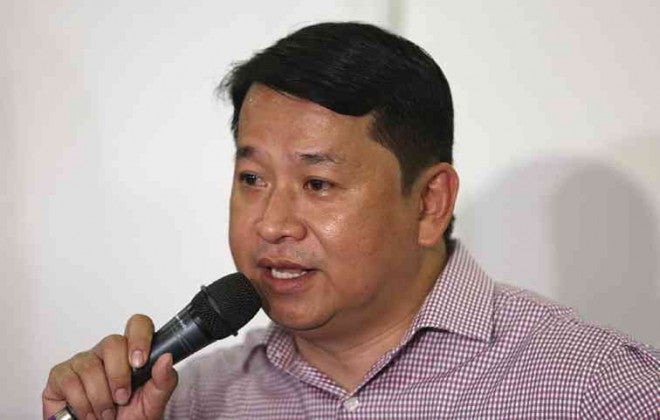 MANILA — After bid-rigging allegations enabled him to interrupt the long rule of the Binay family in Makati City, former acting mayor Romulo Peña is now finding himself subject to a complaint over the purchase of sports equipment.

Peña and seven other officials were accused of graft and falsification at the Office of the Ombudsman, over the full payment of P823,195.31 for sports supplies in June 2016 even as deliveries were allegedly incomplete.

Peña was accused of “conspiring” with seven other city officials to falsify the delivery reports and release the full payment to lone bidder PMPI Creative Suites, Inc., led by its president John Co.

The contract was awarded in May 2016 to PMPI for the city’s yearly Sports, Music, Arts, and Recreational Training (SMART) program

Upon her assumption, King said she ordered an inventory because the items had not been turned over to her office. It turned out that not all purchased items have been received, which she said was confirmed by predecessor Lopez and even the supplier PMPI, which committed to finishing the deliveries.

Her complaint also cited the two-page affidavit of YSDD operations officer Gertrudis Ramirez, who stated that she did not know what happened to the items as Lopez and Villasin only allegedly ordered her to sign the acceptance and inspection reports.

“Considering, however, that the City Government of Makati has already paid the full amount of P823,195.31, the fact that not all the items in Purchase Request No. 16-05-0409 have been delivered caused damage and prejudice to the city government of Makati for which respondents should be held criminally liable,” the complaint read.

King said Peña should be held liable since he signed the documents required to purchase the items and release the payment to the supplier.

Meanwhile, she said private respondent Co “demanded and accepted full payment of the purchase price despite knowing fully well that PMPI has not made a complete delivery of the purchased items.”

Peña said to reporters: “We are firm in our stand that all projects/programs implemented under my tenure are above board, as we initiated the first open bidding system in the city hall thru our transparency and good governance policy.”

However, he said he’d have to await the copy of the complaint before responding to the allegations.  SFM

Read Next
Dureza tells NDF: Be wary of factions undermining peace talks
EDITORS' PICK
High inflation: Your P1 is now worth only 87 centavos
UK’s Boris Johnson will resign, BBC reports
Geek out at TOYCON 2022 powered by Smart Signature
House energy committee chair Arroyo bats for cheap electricity
High-risk pregnancy: Reducing your risk is in your hands
Unemployment rate up to 6% in May
MOST READ
Suspect in grisly killing of missing woman in Bulacan arrested
Hong Kong suspends flight bans as it eases COVID-19 rules
Kim Atienza’s daughter flaunts bikini body in response to critics of her ‘revealing photos’
Cop slain in Isabela ambush
Don't miss out on the latest news and information.