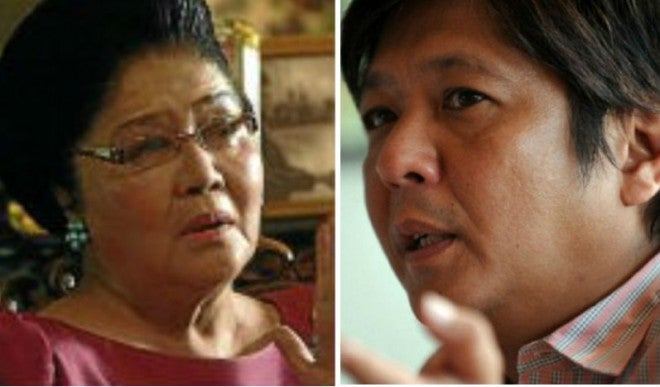 “What is wrong about being seen with the Marcoses?”

Aguirre said he does not see anything wrong with his meeting with the Marcoses, adding that it was purely a social and entertainment event.

“Last Feb. 21, I was invited by the Producer to watch the advance showing of the Mamasapano documentary movie: “Fallen not forgotten: The Untold Story of the Gallant SAF 44.” It was a very good movie, elegantly produced, showing the gallantry and heroism of our premier police force,” Aguirre said. He added that he does now know that “Greggy” was there.

“The Marcos family, including Sen. Bongbong (Marcos), was also invited together with around 100 other viewers,” Aguirre said, noting that the former senator was a principal player during the Senate hearing on the Mamasapano incident and he was the counsel for General Getulio Napeñas, former SAF head.

“No dinner was served. We were given spaghetti and pizza a few minutes before the showing. The event is purely social/entertainment. So, what is wrong about being seen with the Marcoses? We were not alone, we were with other invited guests,” he added.

As DOJ chief, Aguirre has control over the prosecutors pursuing the criminal charges against members of the Moro Islamic Liberation Front, Bangsamoro Islamic Freedom Fighters and private armed groups who engaged the police commandos in the said operation.