Robredo vows to fight ‘stream of lies’ with legal action 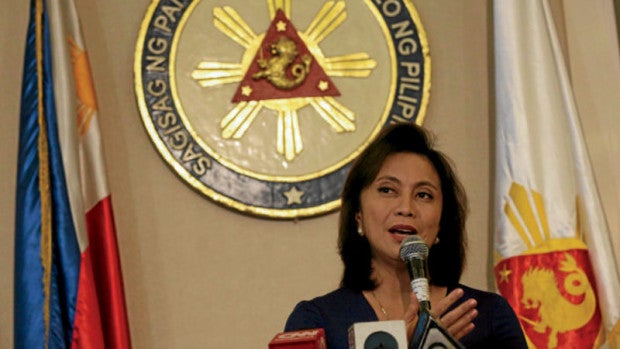 Vice President Leni Robredo on Monday said her camp would take appropriate legal actions against the perpetrators of malicious attacks against her and her late husband, former Interior Secretary Jesse Robredo.

In her strongest statement yet on fake news and rumors against her circulating on social media, Robredo said she was “greatly offended by these constant stream of lies” and vowed to “fight back against the bullying and the abuse.”

“I must admit that, personally, I am greatly offended by this constant stream of lies. But no matter how offensive or malicious these insinuations may be, we must always find the strength and courage to rise above and stay true to who we are… It is increasingly becoming clear that we can no longer simply keep silent and endure. The time has come to fight back against the bullying and the abuse. Enough is enough,” Robredo said.

“In the coming days, we shall be studying the various options, including legal action, for a principled response against these. We must put a stop to the massive and orchestrated campaigns of defamation and deceit that have come to characterize our public spaces, particularly social media, of which Jesse, me, and our family have also been victimized,” she added.

An anonymous blog named “We Are Collective” was behind the so-called “Naga Leaks” attacks against Robredo and her husband, linking the late Interior Secretary to illegal gambling and drug trade in their hometown. The Vice President has dismissed the allegation against her as an attempt to silence her from being vocal on certain issues.
Despite the stream of attacks against her, Robredo urged her allies and supporters to remain civil and respectful amid heated discussions in social media and other platforms as they speak up against lies and abuses.
“I would like to take this occasion to issue a firm reminder to all our friends, allies and supporters that, even in the face of the most brazen lies and most desperate provocations, we must always strive to keep our engagement honest and respectful,” she said.

“I urge the countless others who have been subjected to similar attacks, and those who can no longer tolerate the further erosion of truth, to stand with us. We must fight against the lies, the abuse, and the slander we have been subjected to by figures who hide behind anonymity. With the truth on our side, there is nothing to fear.  we are ready for this fight,” Robredo added./rga