Duterte on Yasay citizenship: ‘I don’t know why it disappeared’ 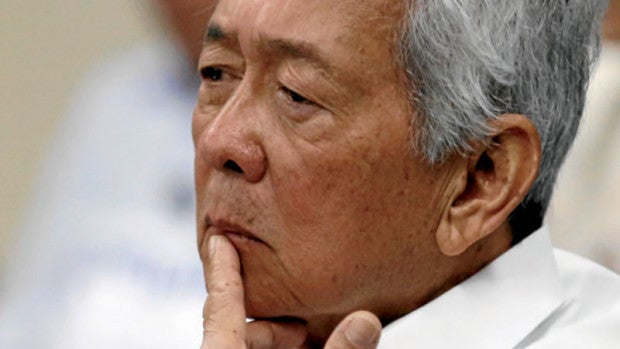 For President Duterte, what happened to Perfecto Yasay Jr. – whose appointment as foreign secretary was rejected by the Commission on Appointments – was “fait accompli” or an accomplished fact.

Speaking at the 35th anniversary of the PDP Laban, the President said Sunday night that he learned Yasay was rejected by the CA from Senate President Aquilino Pimentel III and Speaker Pantaleon Alvarez who went to see him in Malacañang last week.

“They told me they were (in the Palace) to inform me that Yasay could not pull through the CA. That means it has become fait accompli and that (Yasay) would have to be removed,” the President said.

Yasay failed to get CA approval in a unanimous vote after senators and congressmen sitting as members of the body believed he was lying about his US citizenship.

This as Mr. Duterte made it clear he has never called the CA to favor his Cabinet nominees.

He said he told Pimentel the decision of the CA on his Cabinet nominee will stand.

The President also tried to make light of what happened to Yasay, whom he said was his dormitory roommate before.

“I don’t know where his citizenship has gone and why it disappeared,” Mr. Duterte said of Yasay, bringing laughter in the crowd.

He said Yasay left the country to travel abroad during the martial law years being an activist before.

The President even imitated the rambling American accent of Yasay, drawing laughter from the crowd.