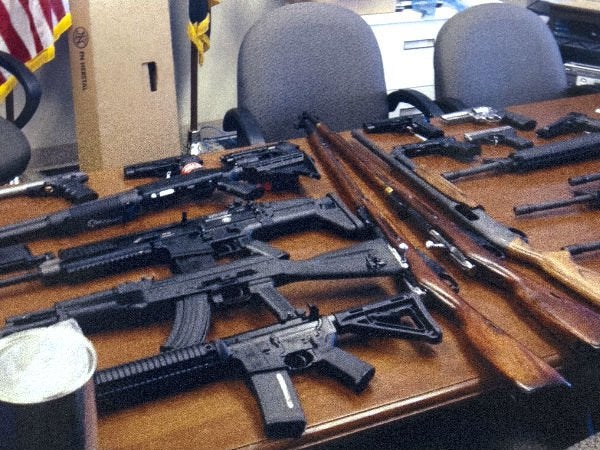 TACLOBAN CITY — Samar Gov. Sharee Ann Tan has asked the police to stop the violence in her province believed to be the handiwork of private armed groups (PAGS) funded by politicians.

The governor said that while she could use her position as the chair of the Regional Peace and Order Council for Eastern Visayas (RPOC-8) to solve the problem, she opted to first ask the police and avoid accusations of bias.

“Some of those involved are on the other side of the (political) fence. They are not our political allies. Thus I have asked the Philippine National Police, through Regional Director (Chief Supt. Elmer) Beltejar, to address the problem,” Tan said.

She was referring to the apparent violence between Mayor Joseph Grey of San Jorge town and Lester Bisnar. Grey is a rival of the governor while Bisnar is an ally.

Bisnar has accused Grey of masterminding the ambush that killed his mother, Luz, who was gunned down after attending Mass on Feb. 19.

Bisnar also claimed that Grey was behind the attempt on his life on Jan. 28.

Grey denied both allegations and maintained that his and his family’s lives were in danger.

Last Jan.31, bombs were lobbed at his house while his wife, Vice Mayor Nancy Grey, survived an ambush on Feb.6.

Beltejar vowed to solve the incidents in the province and to dismantle the private armed groups being financed by local politicians to either harass or kill rivals.

A group, dubbed as Task Force Cagasmas, was launched on Oct. 12, 2016, to go after private armed groups.

Cagasmas stands for Calbayog City and the towns of Gandara, San Jorge, Matuguinao, and Sta. Rita, where private armed groups are believed to be operating.

Tan said she hoped that the task force, led by the 8th Infantry Division under Major Gen. Raul Farnacio, could rid the province of PAGS.

“I just hope that they will really mean business in dismantling PAGS,” the governor said.

Farnacio said he had written letters to politicians believed to be running the private armed groups.

“If the parties involve will stop paying or sponsoring PAGS, they will stop operating. We will hit them, nothing personal. We will do our job,” Farnacio said.