For the defense chief, Abu Sayyaf is biggest security concern 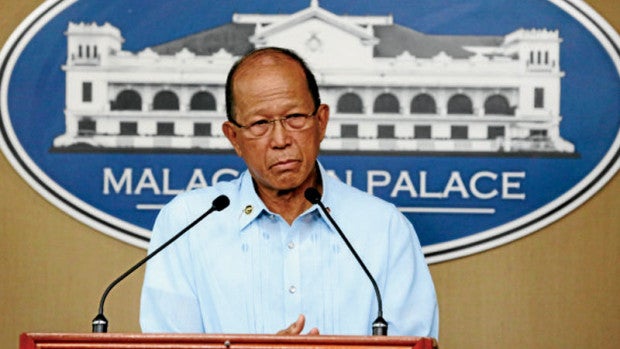 It’s neither the Chinese ships lurking in Philippine waters nor the New People’s Army.

For a defense chief who also deals with drug lords, talks of ouster plots, and natural disasters aside from the country’s major internal and external threats, the Abu Sayyaf is a kind of problem that gives him headaches and sleepless nights.

“It’s giving me a headache and sometimes I couldn’t sleep at night thinking about how to solve the problem there,” he said in a security threat assessment forum on Thursday.

The Abu Sayyaf, the terrorist group known for its bombing and kidnapping activities and which has also pledged allegiance to the Islamic State, is currently holding 31 foreign and local hostages in Sulu and Basilan. Last Feb. 26, the group beheaded its German captive in Sulu after a ransom of P30 million was not paid.

“When the President was inaugurated in June 30, there were only 18 hostages being held by the Abu Sayyaf. Now there are 31. It’s very embarrassing to the whole country that they are doing this. But we are doing a lot of things within our power,” Lorenzana said.

The government is targeting to finish the Abu Sayyaf in six months, according to a timetable set by the military in January. Organizational changes and troop movements have been made in the Western Mindanao Command since the new campaign was set.

But this was not the first time that the military vowed to defeat the Abu Sayyaf. Now retired Gen. Ricardo Visaya, the first AFP chief appointed by President Rodrigo Duterte last July 2016, also pledged to crush the terrorist group in three to six months.

READ: AFP to use ‘shock and awe’ tactics vs Abu Sayyaf

Still, Lorenzana said he believes they can solve this problem by the end of June.

The permanent presence of government troops in Sulu is being considered by the government in efforts to defeat the terrorist group.

Lorenzana said they are looking at the possibility of transferring an entire infantry division in Jolo, or an estimated 6,000 Army soldiers. There are currently 14 battalions deployed in Sulu — with about 300 to 400 soldiers each.

Military estimates the number of active Abu Sayyaf members to be about 300 to 400 men in Jolo and Basilan.

“One of the concerns of the Jolowanos was they (military) stay there for a couple of years and then leave, so after that, the bandits crop up. So they want us to establish a permanent presence in Jolo and Basilan,” Lorenzana said.

The defense chief together with top military officials visited Jolo on Tuesday to discuss with local officials the Abu Sayyaf problem plaguing the island province for several years now.

A task force in Bongao, Tawi-Tawi to be headed by a two-star general will also be put up to enhance military operations against piracy and kidnappings of the Abu Sayyaf, Lorenzana said.

A joint patrol with Malaysia and Indonesia will start in April to put a stop to piracy and kidnappings in the common maritime areas of the three countries. IDL/rga