CA junks Makati appeal in row with Taguig over BGC 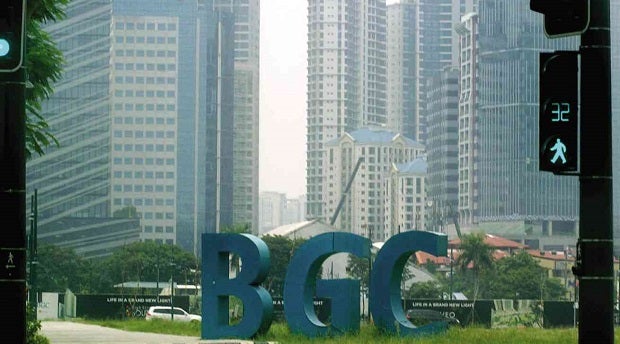 The Court of Appeals has dismissed the appeal filed by the Makati City government in connection with a long-running boundary dispute with Taguig City over a tract of land now occupied by the revenue-rich Bonifacio Global City (BGC).

In a resolution dated March 8, the CA’s Special Former Sixth Division granted the motion filed by the Taguig government to junk Makati’s appeal on the ground of forum shopping, or for filing two or more suits asking different courts to rule on same issue.

But this view was disputed by a spokesperson for Makati Mayor Abby Binay, who said the dismissal of the appeal was based on a technical ground of forum shopping committed by previous lawyers.

The 17-page resolution penned by Associate Justice Edwin Sorongon, the acting division chair, noted that the Supreme Court had denied with finality the motion for reconsideration filed by Makati on the issue of forum shopping.

In its Nov. 16, 2016, resolution, the Supreme Court “held that Makati’s own actions have actually and already given rise to the harm sought to be avoided by the rule against forum shopping as Makati sowed conflicts between the courts in these cases,” the CA resolution said.

The CA also noted that this was the second time that the high court found Makati guilty of violating the rule on forum shopping. “Its deleterious effects, without a doubt, had set in. The necessary legal consequence of dismissal of this case must perforce follow,” said the resolution concurred in by Associate Justices Ramon Cruz and Renato Francisco.

The legal battle started in 1993 when Taguig, then a municipality, filed a complaint in the Pasig City Regional Trial Court against Makati and claimed jurisdiction over the areas comprising the Enlisted Men’s Barangays (Embos) and the Inner Fort in Fort Bonifacio, formerly known as Fort William McKinley.

In 2011, the RTC ruled in favor of Taguig. Makati filed a motion for reconsideration in the RTC and a petition for annulment of judgment in the Court of Appeals.

The Pasig RTC denied Makati’s motion for reconsideration, prompting the city to file an appeal in the CA. In 2013, the CA ruled that the disputed areas are within the jurisdiction of Makati City and rendered moot the forum shopping issue.

Taguig elevated the case to the Supreme Court, which “modified” the 2013 CA ruling after declaring that Makati engaged in forum shopping.

With the SC ruling, Taguig went back to CA to have Makati’s appeal dismissed, which has been granted in the March 8 resolution.

Camiña said the SC merely ordered the previous lawyers to pay a fine, adding that “Makati will exhaust all legal remedies to protect its territorial jurisdiction.”