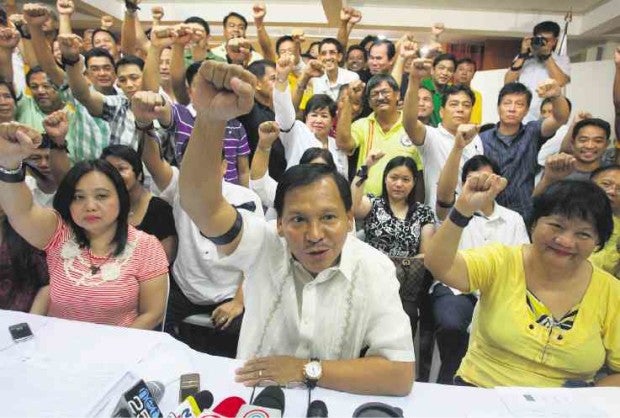 Former Caloocan City Mayor Enrico Echiverri and two other officials have been charged in the Sandiganbayan for awarding two drainage projects worth P4.71 million without authorization from the city council.

Aside from being cited for failure to secure prior authorization from the Sangguniang Panlungsod, Centeno and Garcia were also charged with two counts of falsification of public documents.

The two officials were accused of making false statements in the allotment and obligations slips  for the two projects, by certifying that there were appropriations made for them.