Criticism against Duterte is not destabilization, says Lorenzana 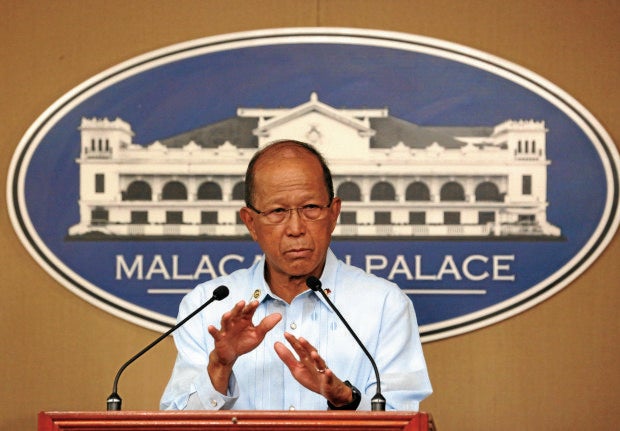 Despite claims of ouster plots against President Rodrigo Duterte, Defense Secretary Delfin Lorenzana maintained on Thursday that they have not monitored such plans, stressing that criticisms do not amount to destabilization.

“In the military, we’ve asked the intelligence community, there is none. Maybe in the civilian sector I don’t know if there is. I’m not saying there is but with what I read in the papers everyday, as far as the military is concerned, there is none,” he said in a forum on security threat assessment at Camp Aguinaldo.

Communications Secretary Martin Andanar has repeatedly claimed a destabilization plot is being hatched based on a classified intelligence report despite the denial of top security officials.

Lorenzana acknowledged that drug lords are “very powerful” but said they will have a hard time to unseat the President.

He said, however, they have not monitored any drug lords taking part in ouster plots./rga