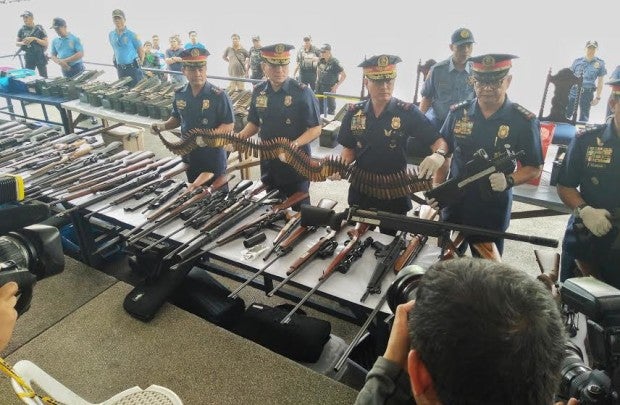 MANILA — Over 70 firearms, more than 17,000 live ammunition and explosives were seized by the Quezon City Police District (QCPD) from a building in the controversial Iglesia ni Cristo (INC) compound in an operation on Wednesday night.

The weapons were confiscated in an “abandoned building” allegedly formerly occupied by Lolita “Lottie” Manalo-Hemedez, sister of INC executive minister Eduardo Manalo, in No. 36 Tandang Sora Avenue in Quezon City.

Hemedez, her brother Felix Nathaniel–also known as Angel–and 30 others were rounded up by operatives on March 2 after a shooting that took place during a raid in their residence.

The QCPD said on Thursday they were still verifying the licenses of the firearms and at least 27 explosives seized.  SFM/rga