Lacson to Lopez: Don’t be a Yasay 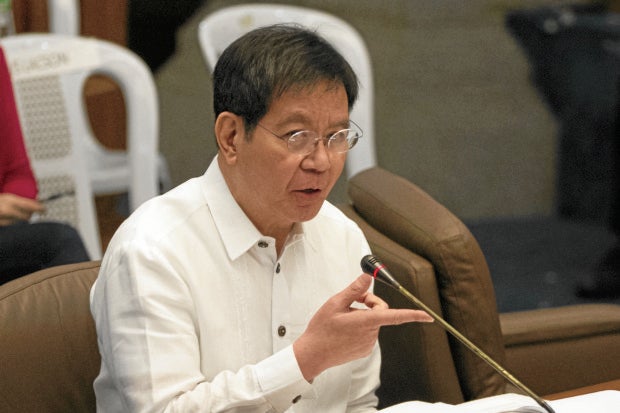 MANILA — Do well or face rejection.

Sen. Panfilo Lacson on Thursday urged Environment Secretary Gina Lopez to give adequate responses to questions raised by members of the Commission on Appointments, noting how he found her answers “wanting” when she first appeared before the body the day before.

“[It’s] just a reminder that when you respond to questions raised by the members of the Commission, just bear in mind that you are here to convince us,” Lacson said at the start of Thursday’s CA hearing, a resumption of Lopez’s confirmation hearings that began Wednesday.

“I don’t want you to suffer the fate of Secretary Yasay,” he said, making reference to the rejected appointment of designated Foreign Secretary Perfecto Yasay Jr.

As chair of the CA’s committee on foreign affairs, Lacson read out the body’s rejection of Yasay’s appointment at the plenary on Wednesday afternoon after it was found that the official had lied in saying he was never an American citizen.

Lacson said he had almost moved for Lopez’s confirmation as early as Wednesday but noted how her responses to questions fell short of his expectations.

“Yesterday’s presentation was very impressive and convincing, so convincing that I had wanted to move to recommend her to the plenary. But the responses to the questions raised were wanting,” said the lawmaker.

“I’m saying this because I want to be as candid as the Secretary. And I think the responses made were not enough to convince at least 13 (CA members)… And I want to help you get past these confirmation hearings,  that’s why I’m telling you this,” Lacson said.

An appointee needs the vote of majority of the 24-member CA committee to get a recommendation to the plenary.

Committee chair Manny Pacquiao seconded Lacson, saying the body has been tasked to assess Lopez’s fitness as an appointee to the environment portfolio.

“I hope that the secretary will understand. We know that … your desire [to work] for the environment, but some of us want to know also your knowledge about your work, how you perform your duty, your competence. We’re trying to see [that] from you, that’s why you’re here to answer some questions,” Pacquiao said.

Lopez appeared at the second hearing on Thursday as she faced a long queue of oppositors to her appointment, including representatives from the mining sector and the academe, who have accused her of being incompetent to lead the environment agency.  SFM/rga