Prosecutor: No bail for Angel Manalo 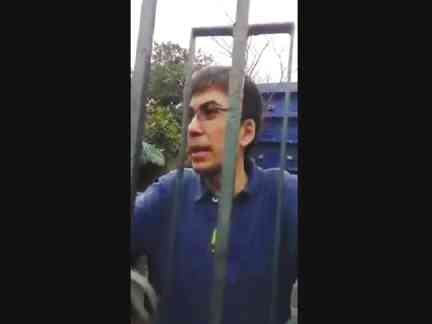 The Quezon City Prosecutor’s Office has recommended that charges of illegal possession of firearms and ammunition be filed against expelled Iglesia ni Cristo (INC) members Felix Nathaniel “Angel” Manalo and Victor Erano Manalo-Hemedez over the loose firearms found in their house during a raid on the INC compound on March 2.

Charges of direct assault with frustrated murder were also recommended against Jonathan Ledesma who reportedly shot PO2 Henry Hular and PO3 Joemarie Oandasan, members of the Special Reaction Unit of Quezon City Police District (QCPD). Ledesma was another resident in the compound.

The policemen were shot while serving a search warrant at 36 Tandang Sora Ave., the INC compound. The operation was prompted by the firing of shots within the compound on March 1, resulting in the wounding of two security guards.

In the resolution signed by Assistant City Prosecutor Nilo Peñaflor, no bail was recommended for Manalo, the younger brother of INC executive minister Eduardo Manalo, who was “admittedly the owner/occupant of the house where the subjected firearms were seized.” Manalo-Hemedez, on the other hand, will be allowed to post bail.

Twenty-four people rounded up during the raid who remain detained at the QCPD’s Criminal Investigation and Detection Unit office were “recommended for further investigation.”

Chief Supt. Guillermo Eleazar, QCPD director, said the police would be processing the release of the group as soon as possible.

“The three who are charged will stay with us (until the commitment order is released or they post bail),” he added.

During the raid on March 2, the police reportedly discovered several high-powered firearms inside the Manalo house, including a shotgun, an M16 rifle, a rifle grenade and over a hundred bullets.

Manalo’s camp has yet to issue a statement on the matter. The INC property has been the subject of a court dispute since 2015 between the INC leadership and its expelled members, Manalo and his sister Lolita “Lottie” Manalo-Hemedez.