‘Letting Aquino off the hook for DAP screams impunity’ 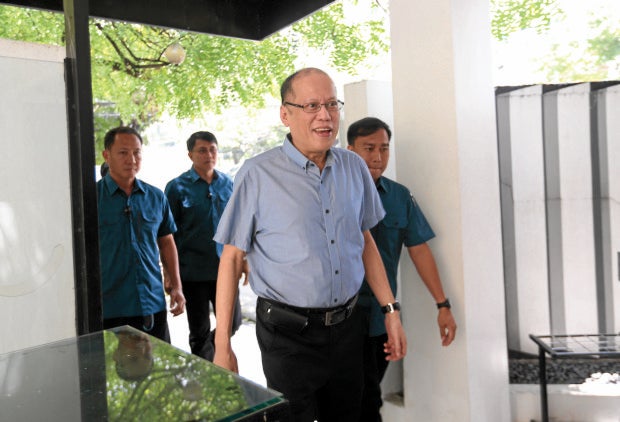 MANILA —  The decision of the Office of the Ombudsman not to indict former President Benigno Aquino III for the outlawed Disbursement Acceleration Program is the latest manifestation of the country’s “culture of impunity.”

This was the statement of the National Union of People’s Lawyers on Wednesday, as they prepared to file a motion for reconsideration appealing the Ombudsman’s decision to indict only Aquino’s budget secretary Florencio Abad for usurpation of legislative powers and fine him for simple misconduct.

Ombudsman Conchita Carpio Morales had excluded Aquino and Budget Undersecretary Mario Relampagos from the criminal finding of probable cause and the administrative charge. She also dismissed the complaint for graft and technical malversation against the two and Abad.

For lawyer Cristina Yambot-Tanseco, the Ombudsman’s finding of a lack of probable cause to charge Aquino “creates an environment contrary to public accountability and adds to culture of impunity.”

This was like letting the bosses off the hook while the subordinates suffered, she said.

“It signals to subordinates that they alone shall be responsible while the very principal who authored or authorized a particular policy found illegal by the court, remain unpunished,” Tanseco told the Philippine Daily Inquirer in a text message.

She noted that the decision did not even discuss why Aquino was not held liable for usurpation of legislative powers unlike Abad.

“The decision is unacceptable to us and we will definitely ask for a reconsideration,” she added.

The 46-page decision dated March 3 explained that Abad usurped Congress’ power of the purse when he issued National Budget Circular No. 541, effectively modifying the definition of “savings” laid down in the 2012 General Appropriations Act.

But the graft and technical malversation accusations did not prosper into court charges, because Aquino and Abad were deemed to have been in good faith when they started the  program to accelerate government spending and spur economic growth.

The Supreme Court in 2014 declared that certain budgetary practices under DAP as unconstitutional. These include the cross-border transfer of funds and the declaration of savings before the end of the fiscal year in order to realign them for items not contained in the budget law passed by Congress.

As policy-makers, Aquino and Abad were also not considered by the Ombudsman as the “accountable officers” of the funds under the definition of technical malversation.

Aquino, as a former President and now a private individual, was spared from administrative sanction for being out of the Ombudsman’s jurisdiction.

The Ombudsman noted that the high court ruling declaring certain parts of the DAP unconstitutional “did not allude to any bad faith and negligence” on the part of Aquino, Abad and Relampagos and did not make any pronouncement of criminal or administrative liability.  SFM