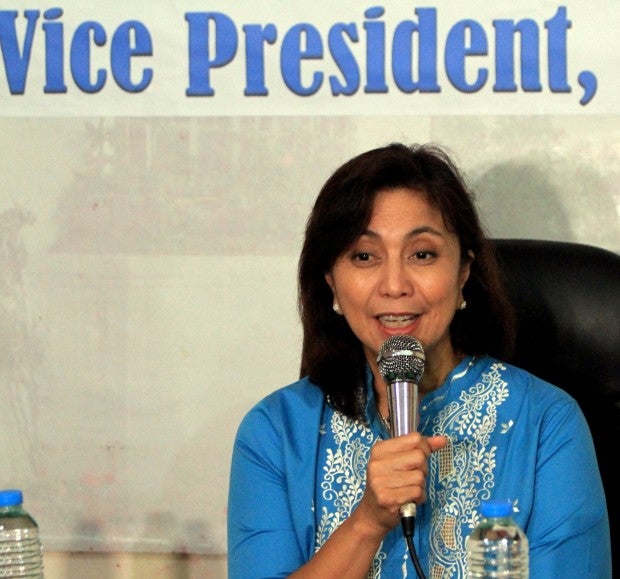 MANILA — Vice President Leni Robredo urged her supporters Wednesday to push back against the desire of Ferdinand “Bongbong” Marcos Jr. to return to power using the electoral protest he filed with the Supreme Court.

This was Robredo’s reply to a question at a forum titled “Women Defending Democracy” at Miriam College, where she was asked what her supporters should do in case of a Marcos’ victory in the protest.

She stressed that an electoral protest was filed not because she was a threat against President Duterte, but because of Marcos’ desire to return to power.

She said the fight to protect the vice presidency against Marcos went beyond the halls of the Supreme Court.

“Pero kailangan natin ipakita na hindi tayo papayag na yuyurakan ang resulta ng eleksyon. Ang tingin natin ang laban ay hindi lamang sa Supreme Court. Ang laban ay ang pagpahayag ng taong bayan, kung papayag ba tayo na ganun na lamang wawalanghiyain ang resulta ng eleksyon tulad ng sinubukan nilang gawin nung 1986,” Robredo said. (We should show them that we will not allow them to trample upon the results of the election.  We think that the fight goes beyond the Supreme Court.  The fight lies in the people’s will to speak up on whether we will allow them to brazenly attack the results of the election, just like what they attempted to do in 1986.)

She was referring to the result of the snap presidential elections called for Marcos’ father, the late dictator Ferdinand Marcos, against Corazon Aquino, the widow of martyred opposition leader, Sen. Benigno “Ninoy” Aquino, Jr.

The strongman had himself declared the winner but a group of official canvassers protested and walked out of the canvassing site.

The Marcos family was ousted after a two-decade-long dictatorship in the 1986 EDSA People Power Revolution and the late Mrs. Aquino was installed into power, becoming the country’s first woman president.

Robredo said the electoral protest and her being in the opposition has already made her fodder for fake news.  When her critics could not silence her, they attacked her late husband, Interior Secretary Jesse Robredo, the vice president said.

She was referring to last week’s allegations called “NagaLeaks” that claimed Jesse tolerated the illegal drug trade in Naga City.

The Vice President said she was drawing the line on this.

“My question to you is, ‘Is this the kind of society we want?’ Is this the world that we want our children to grow up in where we already don’t know the truth and the lies? Of course, our answer is no,” Robredo said. “So my next question is what do we do?”

“Fight!” the audience replied in Filipino.

“That is the reason why we are all here this morning,” Robredo said.  SFM