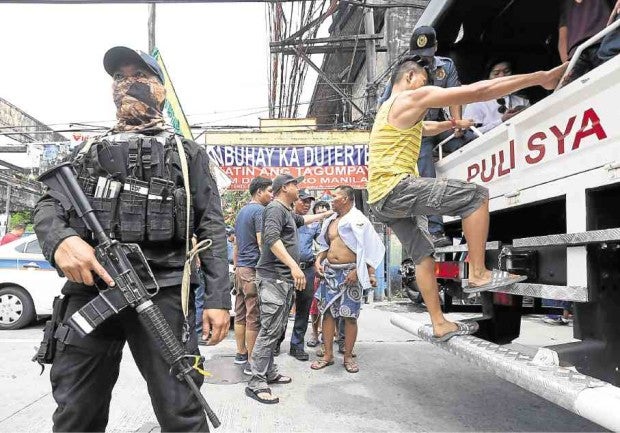 Philippine National Police (PNP) chief Director General Ronald “Bato” dela Rosa’s invitation to the members of the religious sector to join the police in “Oplan Tokhang” operations was given in hopes that the Catholic Church will stop criticizing President Duterte’s drug war.

(In order to appease them, we will let them see for themselves how the police conduct the operation, that is why I invited them because it’s not good that they always criticize; they don’t know what’s really happening on the ground.)

The Duterte administration’s brutal war against illegal drugs drew criticisms from the Catholic Church and different sectors and the international community. More than 7,000 have been killed in the drug war within six months.

But as Dela Rosa, a Catholic, said this, he kept mentioning that he has high respect for the Church despite its criticisms against the government and the police.

(I grew up a Catholic. I respect the Church despite their criticism.)

Dela Rosa added that the presence of Church leaders, aside from barangay officials and police chiefs, in anti-drug operations will “give more credit to our drug campaign.”

The PNP chief said he plans to meet with the Church leaders to discuss how they can participate in the PNP’s anti-drug campaign.

He also instructed directors of provincial police offices to coordinate with the bishops in their area and chiefs of city and municipal police to work together with parish priests./rga