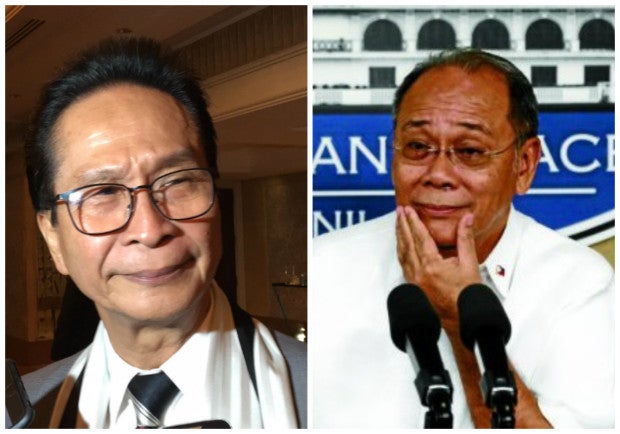 (Updated) President Rodrigo Duterte has ordered the arrest of the owner of homegrown cigarette manufacturer Mighty Corp. for “economic sabotage.”

“He was ordered arrested by the President because of economic sabotage. Marami siyang ginagawa saka pinangangalandakan niyang nabibili niya lahat ng opisyales dito sa ating bansa eh (He’s done many things and has boasted that he can buy off all the officials in the country),” Panelo said.

The Bureau of Internal Revenue (BIR) earlier said it was investigating Mighty Corp. for allegedly using fake tax stamps on its products.

In a series of raids last week, the Bureau of Customs (BOC) seized P2-billion worth of smuggled and fake cigarettes including cigarette brands manufactured by Mighty that contained fake tax stamps.

(They left a package saying it was for the President. They thought it was just liquor. It turned out to be bundles of money.)

(They thought it was liquor but when Bong Go, Special Assistant to the President, opened it, he saw it was money. He had them chased down, gave it back, and caught up with them in the airplane.)

Although Presidential Spokesman Ernesto Abella did not name Wong Chu King, he said someone tried to “influence financially” the President.

“He was simply saying that, in time past, there was an attempt to influence him financially,” Abella told reporters in a Palace briefing.

But in an ambush interview in Malacañang, Duterte clarified that it was not a bribe but a gift given to him during one Christmas time when he was still a city mayor. JE/rga