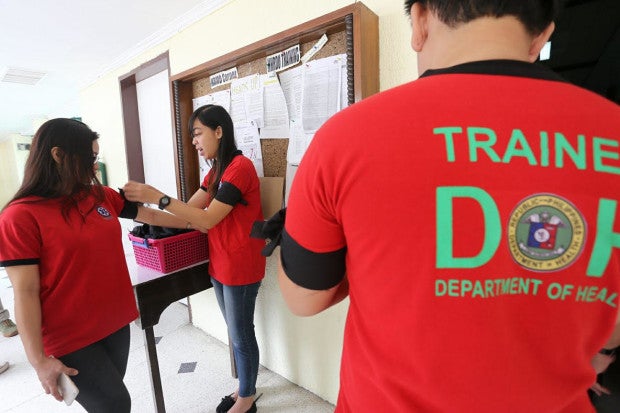 Department of Health workers in Central Visayas wear black armbands to work, on March 6, 2017, to highlight their call for justice for Dr. Dreyfuss Perlas who was shot dead in Sapad, Lanao del Norte. on March 1, 2017. (PHOTO BY JUNJIE MENDOZA / CDN)

CEBU CITY — More than 100 employees of the Department of Health in Central Visayas (DOH-7) started wearing black armbands on Monday to call for justice in the killing of rural physician Dreyfuss Perlas last week.

Dr. Jaime Bernadas, DOH-7 director, said they would not take off the armbands until told to do so by the central office.

He said they joined the nationwide call for justice for Perlas because only a few physicians would give up a lucrative practice in the cities and opt to stay in poor, far-flung communities to ensure proper health care for the people.

He said he met Perlas when both of them were assigned in Lanao del Norte in 2012.

“The public needs to know the sacrifices Perlas has done for the country. Hopefully, justice will be served and the suspects will be punished,” he added.

Perlas, the municipal health officer of Sapad in Lanao del Norte, was heading home about 7 p.m. on March 1 when he was shot dead by a lone gunman.

A native of Aklan, he was first assigned in Lanao under the government’s Doctors to the Barrio program. Instead of leaving after his required two-year service, he opted to stay because he had grown to love the community he was serving.

But only a few physicians have gone the road taken by Perlas since public health service is not financially enticing to medical practitioners.  It only means a monthly pay of P56,000. 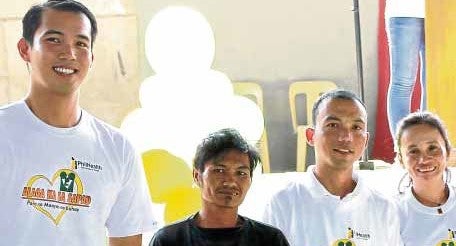 At present,12 physicians are serving in Central Visayas under the Doctors to the Barrio Program.

Bernadas urged the local government units (LGUs) to provide security to the physicians especially those assigned in risky areas.

“Aside from security, we also urge them to also take care and love their doctors, provide them with a good (working) atmosphere,” he added.  SFM/rga