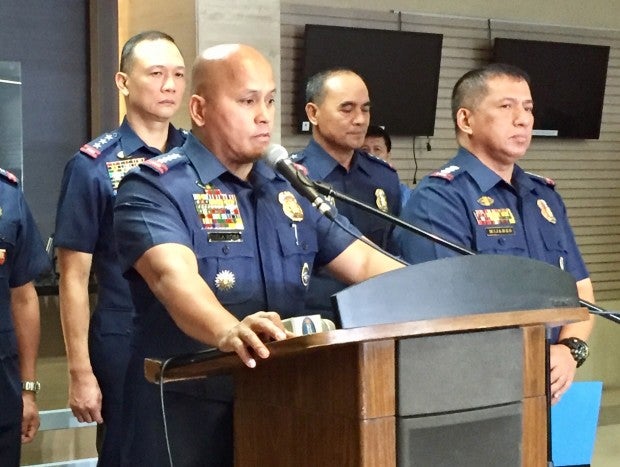 The head of the new anti-narcotics unit of the Philippine National Police (PNP), whose members will be at the forefront of the relaunched war on drugs, is afraid of no one.

PNP chief Director General Ronald “Bato” dela Rosa said this as he vouched for his fellow Mindanaoan Senior Supt. Graciano Mijares during the announcement of the resumption of “Oplan Double Barrel” on Monday.

Mijares, Dela Rosa’s underclass and member of the Philippine Military Academy class of 1988, will lead the newly-formed Drug Enforcement Group (DEG), which will take charge of the PNP’s drive against illegal drugs.

Dela Rosa said Mijares, formerly the deputy director for administration of Central Luzon police regional office, won the votes of the members of the PNP Command Group and Directorial Staff when they deliberated who will lead the DEG.

As for the members of the DEG, Dela Rosa said they are still in the process of completing the roster because it is “undergoing thorough vetting process.”

Dela Rosa assured that the members of the new drug unit will be clean.

“DEG personnel are both young and veteran cops who were working on the sidelines and were working without being noticed but they possess the necessary qualifications. Mga heroes ‘yan pero hindi lang ‘yan nagpapansin,” he said.

Sta. Isabel and Dumlao are the primary suspects behind the October 2016 killing of South Korean businessman Jee Ick-joo inside Camp Crame. Both are members of the defunct PNP Anti-Illegal Drugs Group (AIDG).

The controversial killing triggered the suspension of the drug war in January. JE/rga