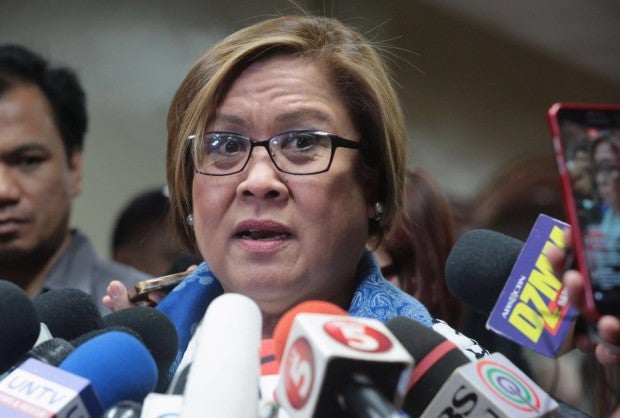 DAVAO CITY – In 2009, then Commission on Human Rights chair Leila de Lima led the probe on the Davao Death Squad, which was blamed for the killings of suspected drugs pushers and criminals here.

During the investigation, the CHR team dug up human bones from a “mass grave” inside the firing range, also known as the Laud quarry, in Barangay Ma-a here.

The commission first showed a lone skull from what the agency termed as “set of human bones.” The skull was found from a cave where a thigh bone was also found.

In a statement released July 14, 2009, the CHR said that more human bones were recovered from the three sites after a witness, whom De Lima said was a former member of the DDS, pointed at the spot. The witness, De Lima said, told them that he buried the victim about five to six years ago.

But the commission has not presented a complete set of human skeletal remains, just fragments. There were also no clothes, personal belongings like shoes or wallets that are usually found in mass graves.

A CHR press release dated July 7, 2009, stated that diggings were done based on the search warrant issued by the Regional Trial Court Branch 34 of Manila. It added: “The site is believed to be the dumping ground of bodies of victims of summary killings, according to informants of the CHR.”

“Diggings immediately undertaken resulted in the findings of several fragments identified by the SOCO (Scene of the Crime Office) as human remains…with positive results so far achieved, the team is very optimistic that more remnants of summary executions are about to be unearthed,” the CHR statement said.

“The multi-agency task force, particularly the CHR and the PNP, assured the public that this no nonsense effort will continue without leaving any stone unturned to carry out its mandate within the legally established procedure allowed under existing laws,” the CHR added.

After the CHR probe, and even with the recovered bones, no charges have been filed against anyone.

De Lima was appointed justice secretary after 2010 by the new President then, Benigno Aquino III.  She is now a senator but has been detained for her alleged connection to the purported illegal drug trade at the New Bilibid Prison.  SFM/rga