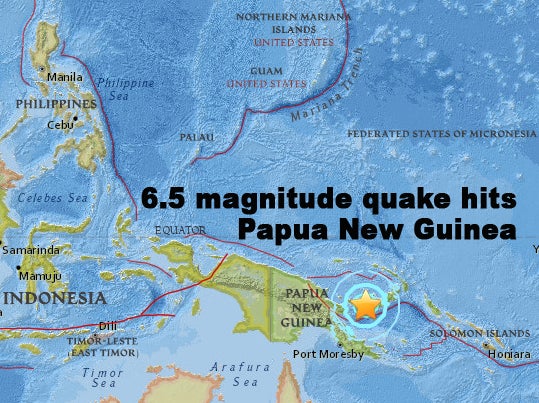 The map from the website of the United States Geological Survey shows the epicenter of the magnitude 6.5 earthquake that struck Papua New Guinea on March 5, 2017. USGS MAP

“Based on all available data, a destructive Pacific-wide tsunami is not expected,” it said.

New Britain, the largest island of the Bismarck Archipelago, is east of mainland New Guinea and has a population of around 500,000 people.

It lies on the 4,000-kilometre Pacific-Australia plate, which forms part of the “Ring of Fire”, a hotspot for seismic activity due to friction between tectonic plates. CBB