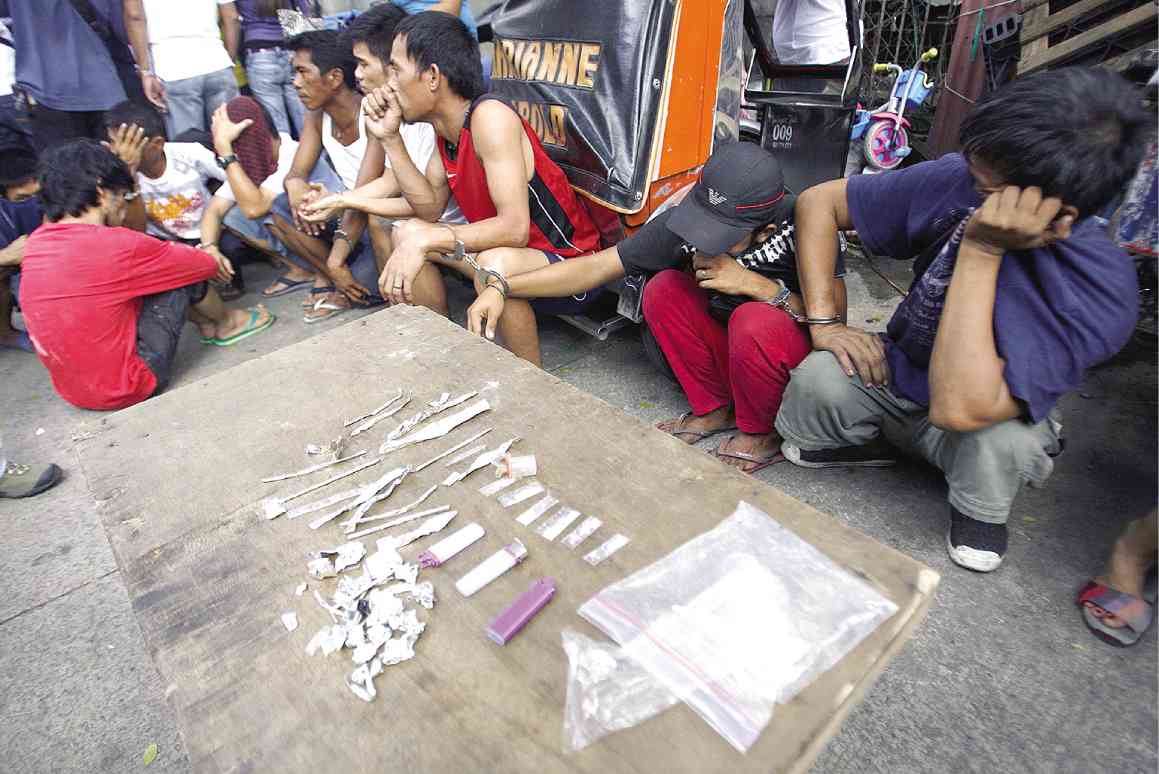 Call it “Oplan Double Barrel, Reloaded,” and maybe this time, rid of police scalawags, it would be bloodless.

“Yes, we will relaunch it nationwide. We have reformed it to make sure that the mistakes made in Part 1 will not be repeated in Part 2,” Dela Rosa said in a telephone interview.

“We will make sure scalawags will not be able to get in to use it for extortion,” he said. “If possible, we want this to be a bloodless campaign.”

President Rodrigo Duterte in late January ordered the PNP to stop its anti-illegal drug operations after policemen allegedly involved in an extortion racket kidnapped South Korean businessman Jee Ick-joo, killed him right inside Camp Crame, and had his body cremated in a funeral parlor and his ashes flushed down the toilet.

While opinion surveys showed the Duterte administration’s drug war had widespread public support, it had also come under fire from local and international human rights groups, prompted by the killings of more than 7,000 mainly poor users and pushers.

Asked about concerns of renewed “vigilante” killings as well, Dela Rosa said: “We will guard against that.”

“There were groups who took advantage of our campaign and so we had these so-called EJKs (extrajudicial killings),” he said.

The new campaign, according to Dela Rosa, has two parts—a revitalized Project HVT, the campaign to go after “high-value targets” or “big-time drug personalities and groups,” and a reformed “Oplan Tokhang,” the controversial drive in which policemen knocked on doors of houses of suspected drug users and pushers.

“I want to emphasize here command responsibility. It is the local police commander, accompanied by the barangay captain or other barangay officials, who will knock on the door to convince drug users to go to rehab,” he said. “If anything goes wrong, the local commander will be held responsible.”

He reiterated his call on the Catholic Church to join the campaign.

“It would be preferable if the local parish priest could also accompany them so that they could also help persuade the drug user to go to rehab,” said the PNP chief.

“Before, we had a problem because there were so many who surrendered and not enough drug rehabilitation centers,” he said.

“Now, most local government units have their own drug rehabilitation program. For more serious cases, they can go to the Department of Health’s rehabilitation center in Nueva Ecija,” Dela Rosa said.

Senior Supt. Rhoderick Armamento, Quezon police provincial director, said that in a phone interview in Lucena City he had received orders from the PNP headquarters for the resumption of the campaign.

But he clarified that this time, operations would be dramatically different.

“The new operational plan was the result of thorough studies. The community has nothing to fear. We call on the public to just continue their support and cooperation in our common aspiration to have a peaceful community,” Armamento said.

Only policemen with “clean records and unblemished reputation on their on and off duties” will be involved, he said.

Each police station will have at least an eight-man antidrug team, he said.

Operatives will be equipped with a body video camera. “The video records will be our best defense against malicious criticism and accusation of human rights violations,” he said.

“No anti-illegal drug operations will be implemented without the supervision of the chief of police or unit commanders,” Armamento stressed.

He said the new list of target drug personalities had been subjected to strict evaluation of drug abuse councils in local government units and barangays.