ILOILO CITY — Teachers and classmates of Dr. Dreyfuss Perlas on Sunday offered prayers in a Mass held at the West Visayas State University (WVSU), alma mater of the slain physician.

About 200 people, including the doctor’s batchmates in the Class of 2011 of the WVSU College of Medicine, packed the chapel of the WVSU Medical Center for the Mass, which started 4:20 p.m.

Among who attended were school officials and other alumni.

Many wore black shirts, while others wore white shirts with an image calling for justice for Perlas. 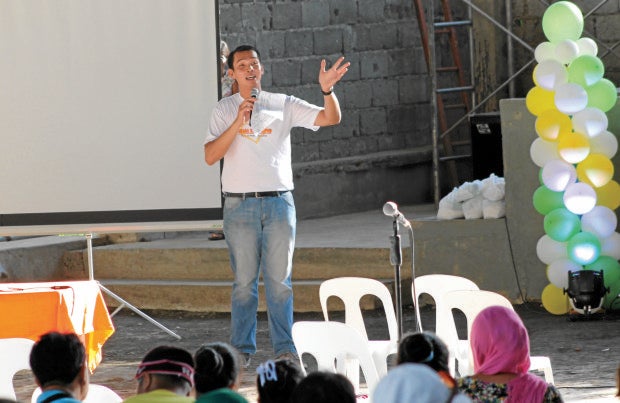 Perlas, 31, municipal health officer of Sapad town in Lanao del Norte, was shot by a lone gunman on March 1 in Kapatagan town in the same province.

Dr. Joselito Villaruz, dean of the WVSU College of Medicine who was among Perlas’s teachers, said the slain doctor was a dilligent and hard-working student who was recognized as a leader of his batchmates.

“We are saddened,” Villaruz told the Inquirer before the Mass started. “He exemplified the ideals of our college for doctors to be service-oriented.”

A large banner calling for justice for Perlas is displayed at the entrance of the medical center.

A memorial program was held after the Mass during which his friends and classmates paid an emotional tribute to Perlas.

“He just wanted to blend in and did not aspire for attention,” one of his classmates said. “His is a story worth sharing, worth celebrating and worthy to learn from.”

They called for justice for a “self-less doctor who dedicated his life to his country.” /atm